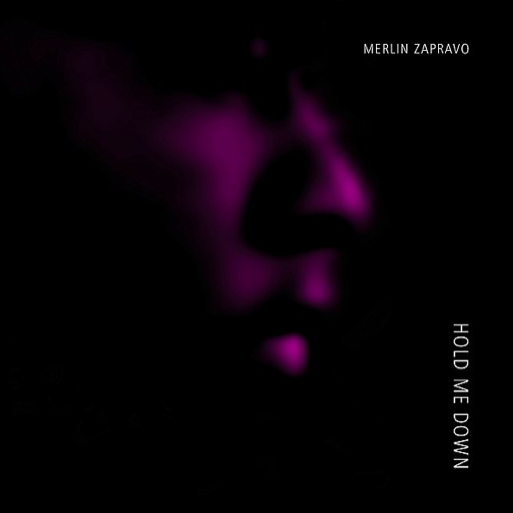 Thousands of songs hit the music industry every day, which means millions of recorded mus every month. The listeners have a pool of tracks to choose from, but only a few make it to one’s playlist. Because of that, not every artist who releases music reaches a listener’s list of ‘favorites.’

“Hold Me Down,” a rock-infused pop song written and produced by Hans Tondereau and Ian Litovich.

Merlin Zapravo is one of the most innovative Singer/Songwriters and performers in this generation. His voice has a fantastic range, and the unique blend of style in his music makes him a name to remember. When you listen to the “Hold Me Down” song, you are reminded of all the emotions we all go through every day in our quest for love and fulfillment. The overall composition is soothing and transitional. He is lyrically expressed sincerely in the heart. Being a dancer and artist in many areas gives Merlin the ability to make magic in the music world. He is an artist whose music flows to the heartbeats and rhythms of our lives. “Hold Me Down” was written and produced by Hans Tondereau and Ian Litovich and released as a digital download on July 8, 2017.

Since then, it has created a hype in the market and rekindled excitement among the pop/rock-pop music lovers.

The “Certified Baller” EP is a catalog of pop, dirty south hip hop with a hint of Reggae Dancehall ballads and country songs, the upmost game-changer for Merlin.

Merlin Zapravo belts out full of G’s and A’s that any great singer might covet in each composition. By that measure, he is solely at once a tenor, a baritone, and a treble, the most unusual voice the world has ever heard.

Merlin’s voice covers two octaves and a third, from the baritone low – G to the high tenor B, with an upward extension in falsetto to at least a D flat. His vocal ranges wholly portray the essence of genuine talent in the making.

Born in Spain, and grew up in Haiti, Merlin Zapravo, whose real name is Hans Ashté

Tondereau, was born on May 25, 1980. Blessed with the ability to breathe and draw his first cry-babe voice with the help of his French-Haitian father “Alexandre Tondereau, and Cuban-Haitian mother “Rosita Jeudy.” Merlin is now who he is, perhaps indeed of his mixed-race background and intriguing upbringing.

Deep down to Merlin’s sombrely mature vocal code, a big lead of practical genius rises when it comes to singing. “Certified Baller,” “Green Day,” or “Believe In Me,” which is another whimsical song that trims strings between the rock, opens for “Homie King” in “Nashville Butterfly” to “Hello Mamma.” Merlin’s performances in the “Certified Baller” EP are pure craft and intelligence.

As you get inside of each song Merlin performed, you’ll start to hear what he’s capable of doing. Swiftly you realize his singing has this remarkable, offhand quality to it.

Usually, a voice can sing one way, but Merlin’s voice is, in many ways, multidimensional indeed. He has that flair about him; he’ll move you to learn the importance of interaction with an audience.

The ball drops, “Homie King,” begins with a synthetic bass made up of a catchy reggae vibe and an old school hip-hop beat. Sharp Trapped rhymes and metaphoric lyrics, but unexceptional flows.

The studio side in the making of “Green Day” is just as right as the mick. With suspense intro to the first verse, Merlin’s powerful voice pops an 80 style of music with a haunting hook that combines disco and Nu Age.

The rhythm section in “Certified Baller” EP is what you call Musical.

Merlin’s always wanted to sing songs to show the world how incredible talent he is, especially his fans. Singing is not only art for Merlin but the life he lives with honor. He is determined by the wisdom that comes with times to tell his story in musical codes. “Certified Baller” birthed some of the world’s hit songs unexpectedly with the 80’s sensation. These lead guitar solos took us back to where it all started in the early-mid ’50s. Merlin’s music is the soundwave that will travel with times and return the equivalent.

The Wonders of Working with Children