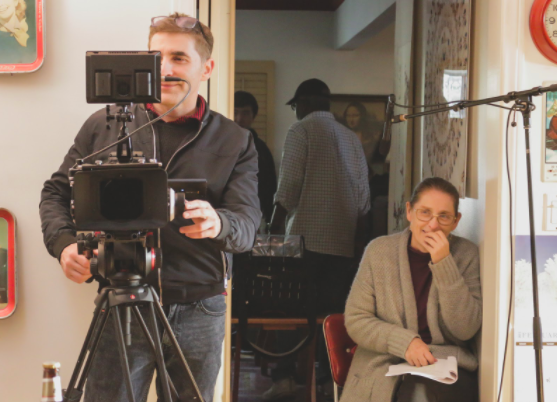 The rise of ultra high definition meets its ultimate paradox in 2020: its drop in price.

Two of the most illustrious names in the evolution of digital cinema are set to release new imaging systems that offer unprecedented features to filmmakers and photographers. RED Digital Cinema and Canon Inc. have both announced forthcoming cameras that “check the box” on a range of capabilities long sought after by image-makers.

The RED Komodo is due to arrive by the fall and couples a high-resolution Super-35 format, 6k sensor with a global shutter, capable of up to 40fps with a first-ever for RED – a dedicated auto-focus feature. It offers even higher frame rates at lower resolutions as well as ProRes recording options. All this at under 2 pounds and around $6k will bring a whole new dimension to indie film-makers who want RED quality imaging in a smaller, more run-and-gun ready form factor. It also allows for larger productions to use the Komodo as a crash camera or for fitting into smaller, constrictive spaces that the larger RED’s can’t get to. It will support newly released lenses by Canon in their new RF mount. This holds much promise for the capabilities of their auto-focus system. Granted, filmmakers are accustomed to manual focusing on films, but documentarians and one-man-band image-makers will find this feature more than helpful.

As impossible as it seems, an 8K mirrorless system is due for release later this year as Canon announces their new Canon R5. It was designed specifically for their new line of lenses in the RF mount, but can be used with EF lenses through an adapter. Like the Komodo, the Canon R5 will shoot motion-raw, but the R5 offers 8K on a full-frame sensor. It also boasts 4K at up to 120fps while offering it’s already impressive DualPixel Auto-focus. As a stills camera, it is capable of 20fps bursts. With specs like these at a price expected to be under $4k, it’s easy to see this camera becoming a go-to workhorse for film production professionals everywhere.