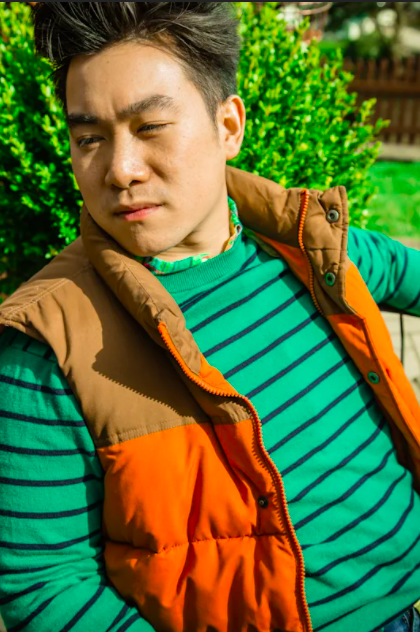 Culture is the most important thing which is close to Fat Panda Tuan’s heart.

Hip Hop culture and rap music amalgamate to form beautiful eternal lyrics. Fat Panda has been a stern advocate of promoting one’s culture through art forms. His music repluggs him into his favorite culture; Hip Hop. Perhaps, he is one of the few asian american rapper’s who has made rap his vehicle to bring into lime light the different aspects of asian culture.  Culture is an umbrella term which includes a plethora of traditions, customs, norms and everyday life.

As Vietnamese American, the Maryland native hip hop artist, Fat Panda Tuan gives weightage to the asian culture and he blends it perfectly well with the rap music.  Although he celebrates diversity of culture, his love for his hip hop is inexpressible. His music embodies the hip hop way of life but it also represents his beliefs and values growing up in United States as an Asian American. In an interview Fat Panda Tuan asserts his views in this way:

“The art form is the most important. Going through the creative process can be fun and sometimes it can be challenging but listening back to your record after laying it down is the best feeling. Growing up I fell in love with lyric driven hip hop. It pushed me to always write creative bars and helped me upgraded my pen game. I think living the hip hop life and able to relate to the culture is the most important.”

Music is a window through which the audience can visualize art on canvas.  An artist gallery can take many years of hard work and dedication, you can tell when an artist has invested their entire life into their craft. Fat Panda’s stern belief also reiterates the same notion. Creativity fills life with a lot of fun and love. It ignites a true passion for culture and its customs. Fat’s contribution in hip hop is unparalleled. His music stimulates a refreshing new wave that cuts through the hip hop genre like a samurai’s katana.

Fat Panda Tuan’s longing for Japanese and Vietnamese’s values are self-evident in his albums and singles. Specifically, his project “Shinobi Tempura” is the carrier of these values and traditions which are the microcosmic reflection of Tuan’s interest in this part of world.  Tuan’s Father a musician and Mother a pastel artist, have been his great inspiration. His artistic family roots and his own quest for identity have enlivened his taste for music charged with traditions and norms.

For him, music is a soothing and comforting art and it is fun filled exercise practiced on beats in the booth. Fat’s taste for music is not a novel fiction. The music is his passion and he has got talent and stamina to compose very daring content.  Tuan’s flavor is sizzling when he’s in the kitchen and whatever he’s cooking is authentic.

Listen to Fat Panda Tuan and enjoy the true flavor of music.

Vancouver Based Hip Hop Artist NyuKyung Is Next Up