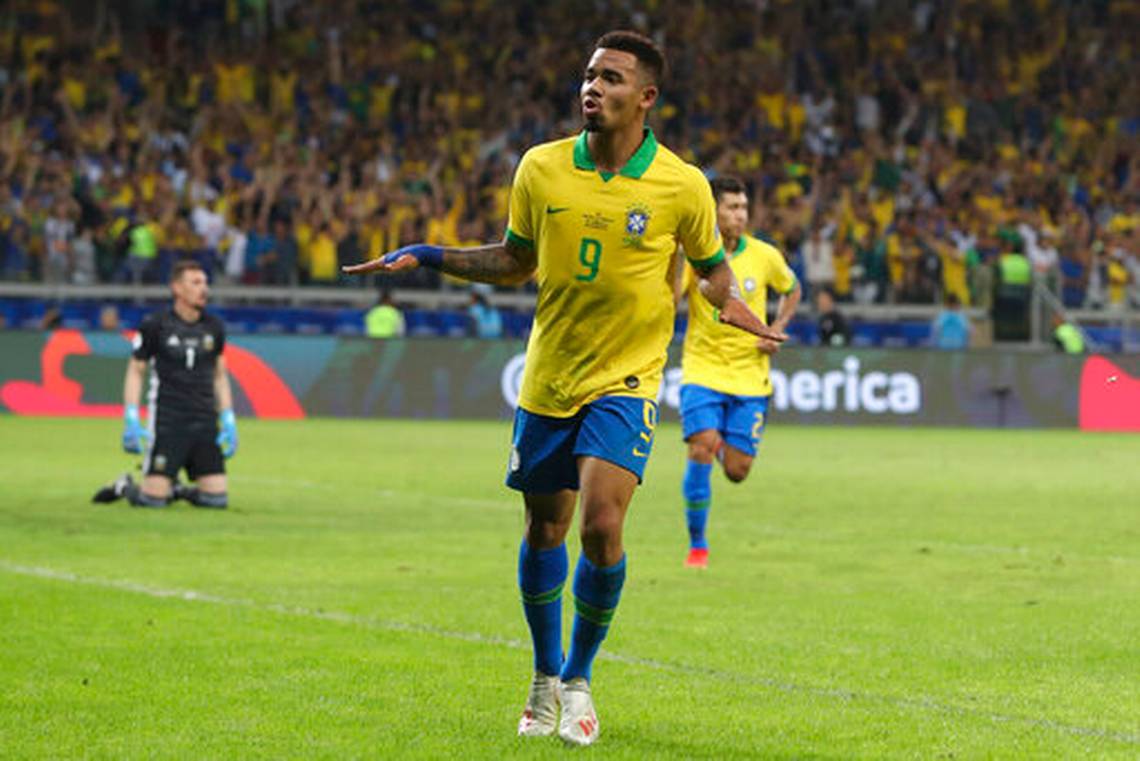 Brazil are miles ahead of their opponents at this year’s Copa America. That much is clear. The combination of a home crowd and national team manager Tite’s endless drilling over the last three years has put them in good stead.

Now the Seleção stand on the precipice of becoming crowned champions of South America for the first time since 2007, all on the hallowed turf of the Maracanã no less.

The Green and Yellow are only one game away from glory, a feat their players will relish before they go back to their club sides for a well earned break. Before a bet on international or club football make sure to find the best online betting sites for football by consulting a betting expert in the know.

A showpiece final of Brazil against archrivals Argentina was what everyone was relishing, but unfortunately it wasn’t to be. The two foes faced off in the semi finals instead.

Brazil came out of the starting blocks from the off. Spurred on by the home crowd on a starry night in Belo Horizonte. For Brazil, there was more than one score to be settled.

The Brazilians, on the pitch where they fell on their swords to a 7-1 defeat at the hands of Germany back in 2014, are still feeling the smart of that national humiliation. Tite’s team were deadset to atone for previous sins, to defeat their biggest rivals, and to take one step closer toward a first major honour in 12 years.

The 2-0 match result belies the true nature of the game itself. Brazil went pounding at the door for much of the first half, going into the break with a one goal lead courtesy of a slick move started by resurgent 36 year old full Dani Alves. Only to be completed by a Roberto Firmino and Gabriel Jesus link up.

The second half saw Argentina revitalised, spearheaded by who else but national enigma and divider of opinion Lionel Messi.

A number of promising passages of play by Argentina’s forward players should have reaped rewards. Both national team stalwarts Messi and roommate Sergio Agüero were at the centre of Argentina’s creative thrust forward.

Both players hit the post. A Messi free kick forced Brazilian goalkeeper Allisson Becker to pull off a solid save, while Agüero came agonisingly close to tapping one in as a Messi pass slid slowly across the 6-yard box into oblivion.

Despite their efforts it wasn’t to be Argentina’s night. A controversial Agüero penalty claim was ignored by the Ecuadorian officials, leading to a rampant Brazilian counter attack launched by Jesus. Another brief exchange with Roberto Firmino put Argentine hopes to bed for another Copa tournament.

The big question mark around Argentina is whether Messi will still be present at next year’s Copa America 2020 which is being hosted by both Colombia and Argentina. Although Messi has expressed his desire to continue with the national team, backing Argentina’s current squad to push forward into the future.

For Brazil, it’s a completely different story. Both sides are awash with talent in all areas of the pitch, but in national coach Tite they have found a philosophy and a discipline that appears to be showing serious signs of progression.

Brazil’s last challenge comes in the form of a Peru side that snuck into the knockout stages of the tournament through the backdoor. Peru’s ageing side booked their place in the final stages through a third place finish after Venezuela and, that’s right, Brazil.

Brazil have already put five past Los Incas in the group stage and are expected to finish their Andean rivals off promptly at the Maracanã on Sunday.

Then again, nothing should be taken for granted at the Copa America.