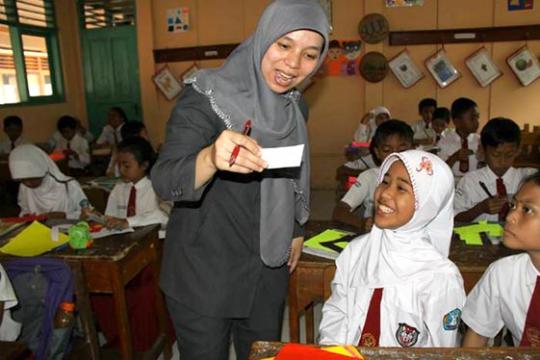 Jakarta – As Indonesia is a developing country, a few reforms in its education system has set a prediction that the country will enjoy a demographic bonus in its productive population by 2030. The productive population of any state is the people who are self dependents. But this demographic bonus would be affected by intolerance and radicalism opinions that are spread in young people of the country. And there is a perception and a fear that if the government will not pay any attention to the issue, then serious drawbacks of demographic bonus will come forward in future.

Ubaid Matraji, who works in Network for Indonesian Education Watch said that a survey report of State Islamic University revealed, intolerance and radicalism are severe threats for Indonesia’s youth.

The participants of the survey were Muslim teachers and Muslim students. As per gurupendidikan.co.id, the outcome of the study was that almost 63 percent of teachers and 57 percent of students are intolerant towards other religions. The survey also showed that half of the teachers’ opinion could be considered as radical.

Ubaid Said, “if the government fails to pay serious attention to the problems of intolerance and radicalism, Indonesia can soon say goodbye to its demographic bonus.”

He blamed Indonesian government for radical opinion and intolerance spread in youngsters, and he also said that the government should pay attention to school conditions and national curriculum to prevent demographic bonus loss.

Earlier the government banned Islamic group Hizbut Indonesia Tahrir in 2017 for threatening state unity and disturbing the ideology Pancasila of the state. But, according to Ubaid, members of the group are still active, and they are targeting youngsters in schools and colleges.

Study: Deforestation in Amazon has Reached the Worst Condition