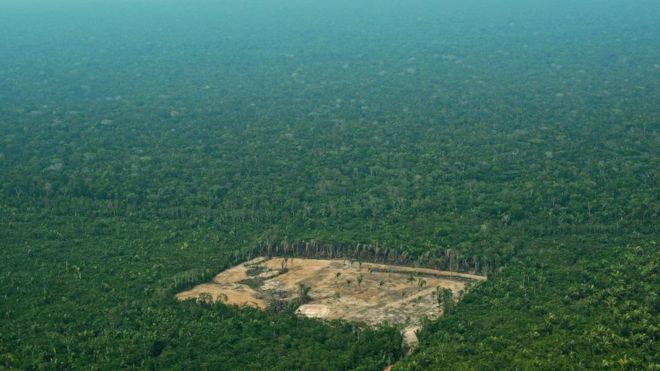 World’s largest tropical forest on Amazon’s basin is undergoing record-breaking deforestation, according to a new report. Many countries are responsible for the deforestation in Amazon rainforest. The span of Amazon river basin is 2.6 million square miles, which passes through many countries, including Peru, Guiana, Suriname, Brazil, and Bolivia. The countries like Peru, Columbia, and Bolivia are significant causes of deforestation and Brazil is also in the race.

According to dosenpendidikan.com, Brazil’s 60 percent forest area is on the Amazon basin, and the country is using the space for agricultural commodities, especially for Soy. Near about 13% of Soy crop is cultivated in the Amazon rainforest, and Brazil had taken over US countries in the production of Soy in 2017-2018. Cattle ranching also has a high impact on Amazon deforestation in Brazil. Apart from agricultural impact on deforestation, there are some other reasons as well, such as infrastructure, railway lines, and road expansion.

Peru is at top in the list of countries responsible for Amazon deforestation. Sixty percent of Peru area is on Amazon rainforest. Agriculture expansion and illegal gold mining are the main reasons for the forest loss there. According to MAAP, around 250,000-hectares of area was deforested by Peru in 2018.

The report suggested that adequate forest education, sustained agriculture, and infrastructure program should be implemented to control the forest loss or else serious results such as climate change and global warming will strike in all Amazonian countries in the future.

Human Negligence of the Environment has Affected the Atmosphere