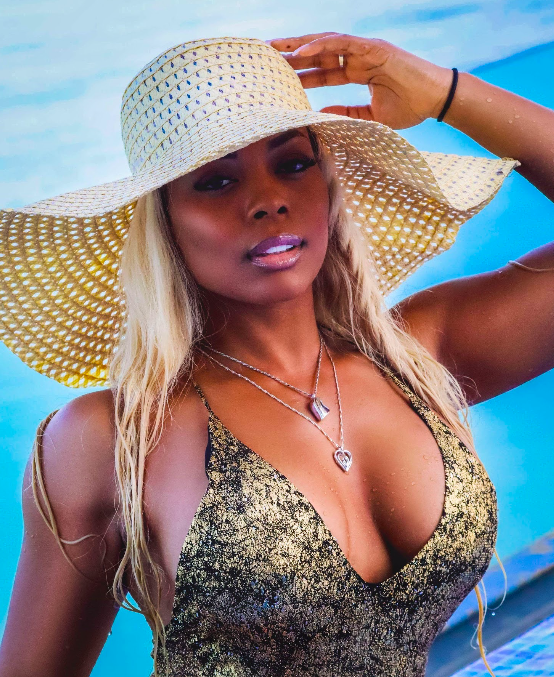 Raring to appear in films, and TV commercials, Ashley Ca$h’s rise in the fitness and fashion industry has been nothing short of incredible.

As a model in the highly competitive world of the fashion and fitness industry, one needs to stand out, to ascend to the top. One needs some unique feature or characteristic, which separates them from the rest and helps in scaling their way to attain success in the industry. One such model and entrepreneur who made a name for herself with her unique features and expressions along with striving to maintain the physique to perfection is Ashley Ca$h.

Ashley Ca$h hails from Las Vegas, Nevada, and is a hard-working model in the fitness-fashion world. She was determined to make a name for herself in the industry since her childhood. She ate right, maintained her chiseled body with a high workout regime, and mastered in diverse expressions, which made her unique.

In 2009, she went on to win her first bikini contest, being staged at the largest car show at Portland Expo, in Portland. This gave her a boost to better her craft as a model and inspired her to fully plunge into the industry. Slowly and steadily, she worked her way through the competition and did many photoshoots and fashion shows, but her moment of glory came in 2018 when Boss Candy Magazine came calling. She was featured as the cover model for the magazine, which was her breakthrough in the industry. She earned a lot of recognition and big-time photographers started ringing her for photoshoots, because of her uncanny expressions.

Her unique expressions were an instant hit and even her Instagram following rose to 50K from 8K in a short time. She did many cover shoots, featured on the book cover of Black Love, and starred as the cover model for Straight Stuntin Magazine among other bigwigs. Having those expressions also landed her acting projects including starring in several skits with IamTyrone on YouTube and TikTok. Her rise to the top has been incredible and she is about to feature in a semi-nude calendar for 2021, which has been sold-out, months before its release.

She is in talks with various film and TV commercial projects as her stock in the fashion world continue to grow. She also runs Spa Bella Sorella Body Image in Las Vegas and is a licensed aesthetician. Ashley Ca$h’s uniqueness has made her a successful fashionista.

Rachid El Khabbachi AKA JM, an African Businessman and Lifestyle Influencer to be Featured on Netflix?