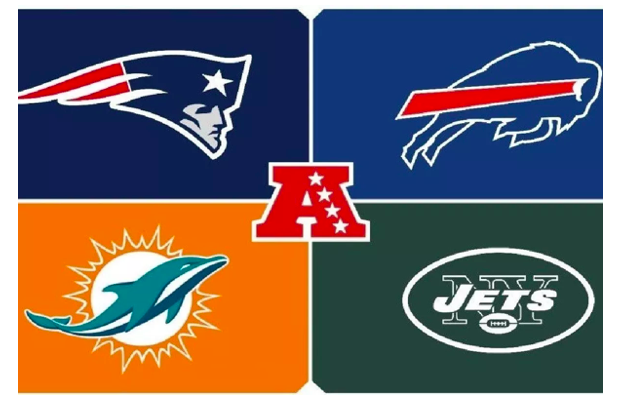 The Patriots have been kings of the AFC East for as long as anyone can remember. Now that Tom Brady is out of town, can someone else step up and win the division? The only realistic candidate to make that happen is Buffalo but the Patriots aren’t dead yet the Bills still need to prove they have what it takes.

Bills Will Have Big Expectations

The Buffalo Bills are slight favorites to take the AFC East according to Vegas which doesn’t come as that much of a surprise. After all, the Patriots said goodbye to Tom Brady which brings with it an air of uncertainty. What we do know for sure is that the Bills are a team on the rise and have made moves to get even better. That’s the reason for the sense of optimism coming bout of Orchard Park although with that comes a sense of expectation.

It’s one thing when you have nothing to lose but when fans expect you to win, there’s a lot of pressure that comes with that. We don’t know yet how young QB Josh Allen will handle that but he seems to have the right demeanor to take the challenge head on. Allen has never had a go at wide receiver since being drafted by Buffalo so they went out and got Stefon Diggs. Now the excuses are out the window with that move. Allen has had accuracy issues in the past but Diggs should help him improve in that area with his ability to go up and get the ball in situations other receivers might not be able to. Combine Diggs with the deep threat that John Brown provides and we should see this offense open up a lot more this season.

The Bills round things off with one of the best defenses in the NFL. While it isn’t all perfect in Buffalo, for example there are a lot of question marks about their running game. Their offensive line will also need to improve as well. The reason hopes are so high in Buffalo is that their defense is coming back as strong as ever and their offense, on paper at least, is much better. The Patriots are still the kings of the AFC East until someone beats them but the Bills are poised to do so, especially if Josh Allen can take the next step in their progression.

When you have the best coach of all time on your team, you have a chance. As long as the Patriots have Bill Belichick in charge, they have to be considered dangerous until proven otherwise. The Patriots have a strong chance of making the playoffs, with their expected team total at 9.5 according to Vegas. If the Patriots win the division, nobody would be shocked. One reason to believe that’s possible is the signing of Cam Newton.

This move could be good if Newton is indeed healthy. The problem is, Newton has not been healthy for a long time. He has had major issues with his shoulder and ankle, which have limited his effectiveness as a player. He’s 0-8 as a starter in his over the last two years. In his last four games, he has 0 touchdowns and 4 interceptions. Until we know for a fact Cam is healthy, we won’t know if he can take advantage of all the creative looks that Josh McDaniels no doubt has for him.

Luckily for the Patriots, all of their hopes do not rest on the shoulders (pun intended) of Cam Newton. New England is still a dominant team at the line of scrimmage on both ends of the ball. While their skill position guys might be weaker than in years past, they still win in the trenches. They also have one of the best defenses in the league with an elite secondary. The Patriots will make noise in the AFC East but their crown is certainly in real jeopardy for the first time in two decades.

Jets and Dolphins Are a Joke

These two teams can be lumped into one here because they are both mediocre. They have no chance of winning the division which is a theme they are both very accustomed to. The Jets might actually have gotten worse while the Dolphins could conceivably improve from what we saw last year. The problem for the Dolphins is that they were so bad that an improvement doesn’t necessarily make them good either.

The one positive thing we can say about the Dolphins is that they showed fight. When the season started last year, they looked like they might be one of the worst teams in the history of the sport. Instead they actually won 3 of their last 5 games including their last two in a row. That tells you that they believe in their coach and play hard for him despite the early struggles.

The only way that the Jets are not the worst team in the division is if Sam Darnold takes that next step. The talent isn’t the problem with him, the decision making is the issue. HIs injury issues have been a bit random and his offensive line isn’t great but he just needs to make better decisions. Whatever the case with the Jets and the Dolphins, the one thing you can be sure of is that they will be much worse than the Bills and Patriots.

Nicky Taschew: With his resilience and passion has become one of the leading most financial entrepreneurs in recent times

Overcoming IT Staffing Challenges during the COVID-19 Pandemic