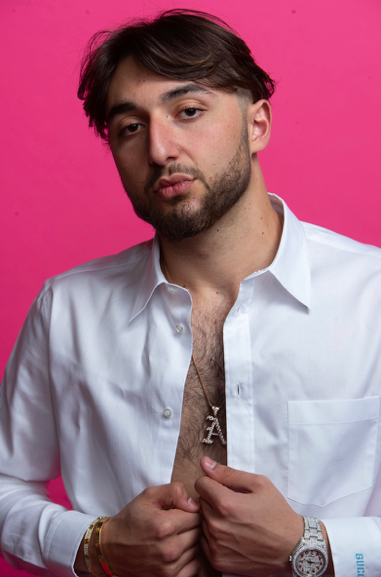 Alec Kesheshian has been changing the fashion industry for the better. He stated that wants to always improve the industry and has shown that in different ways while working on his lifestyle clothing line, God’s Dream.

First of all, Alec Kesheshian has been known to donate to charities. In particular, his charity during his pop up shop of last year was extremely successful.

Second, Kesheshian has stated that he wants his brand to bring people together and has been working towards that as his main goal. Many people are already connecting to Kesheshian and others through his social media and stores.

Here are the details on how Alec Kesheshian is changing the fashion industry.

When his pop up store opened in the summer of 2019, Alec Kesheshian sent 15% of the profits made to Armenian local charities, particularly ones that funded after school programs for children.

This pop up store had a large amount of success, with the entire stock being sold out within the first two months of opening. He made a massive amount of profit from this endeavor and kindly put a chunk of it towards a good cause.

With the success of the pop up store, Kesheshian also successfully donated to charity and will likely do something similar to this in the future. So, if you do decide to check out God’s Dream, you can feel good about purchasing from this brand of lifestyle clothing.

Many of the people involved in shopping from this store appreciate knowing that when they bought clothing from God’s Dream, they were also donating some of their money. It helped unite some fans and followers of Kesheshian under the same cause.

That was not the only way that Alec Kesheshian’s brand was bringing people together, however. With his social media and online store gaining a massive following, people started to bond over Kesheshian’s clothing designs.

Fans can view each other’s tags of themselves wearing Kesheshian’s clothing and will often chat with one another about what they are wearing in comments. Many people are interested in what God’s Dream could become in the future, as Kesheshian has expressed an interest in nightlife LA themed clothing.

Influencers can bring a large amount of people together at one time. Some have brought a larger audience to Kesheshian, bringing entirely different groups of people together to encourage him on his ideas and designs for God’s Dream.

Alec Kesheshian has been subtly changing the fashion industry since he opened God’s Dream by giving back. He has participated in widely successful charities in his pop up store and claims that the main goal of God’s Dream is to bring people together.

Many people have been able to connect through his social media, pop up store, and online site- all expressing their love for this clothing line. In short, Alec Kesheshian has been changing the industry in a few simple ways, just by being himself.