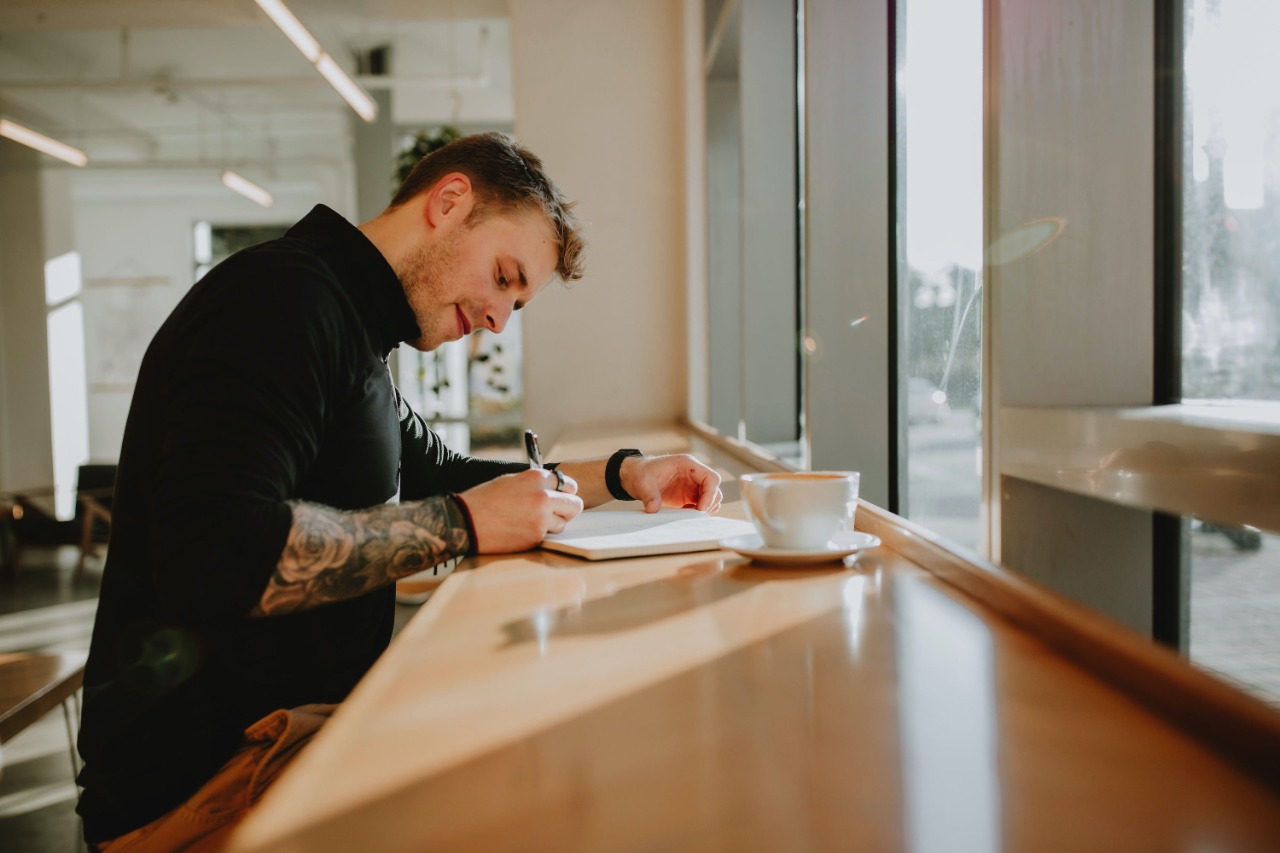 His favorite clients are the ones that think web advertising “doesn’t work.”

“Advertising doesn’t work. I tried it, and it only ate my money.”

This is Dylan Ogline’s favorite story. Not because he revels in the suffering of others, but because he knows he’s talking to someone he can help.

The founder of Ogline Digital has been watching the digital marketing landscape from the earliest days — when Google ads first came on the scene. And he has a message of mercy for frustrated business owners who tried to “boost” a post and never saw a dime in return.

“It used to be easy,” Ogline said. “Now the algorithms have changed, and now you have to know what you’re doing to make money with pretty much all online advertising.”

“But they absolutely work,” he continued. “Otherwise, they couldn’t stay in business. Word would spread, and no one would ever buy a Facebook or Google ad ever again. But they’re making money for somebody … and that keeps them alive. It also keeps me in business.”

Ogline Digital is Dylan’s bare-bones digital marketing agency, a lean team of twelve that crossed the seven-figure revenue mark on the strength of less than 10 clients. Now they have over 30.

How did he do it? By doing one thing — paid online ads — and doing them very well. By producing results for those clients, in the form of increased leads and sales, and then scaling it up.

Scaling By Helping Others Scale

Who are these clients? Many of them are blue-collar service providers — home services like HVAC or plumbing repair, others are companies involved in lead generation and direct sales.

“These aren’t always traditional ‘online businesses,’” Ogline said, “which maybe explains why their early attempts at growing their business online were unsuccessful. And why should they have to learn it? They’re good at what they do. We are the marketing experts, they are good at whatever their business is as well.”

An Early Start — Flipping Phones at 14

Dylan has been up to his elbows in “online business” since he was 14 years old, long before it became popular. What was Ogline doing online at the age of 14? Importing high-end mobile phones from Europe (in the pre-smartphone era) and then flipping them on eBay. It all worked beautifully until his merchant processor discovered his age and shut down his account.

Having gotten such an early start, Ogline was watching when digital advertising first started to become more main stream. “I felt like they were very underappreciated at the beginning,” Ogline said. “Companies like Google and Facebook were giving small businesses the ability to essentially buy growth. You didn’t need luck or publicity stunts — you could just buy it.”

Ogline learned the ins and outs of direct-response digital marketing running ads for his own business ventures.

“None of them went anywhere,” Ogline said. “I failed at so many businesses because I didn’t have product/market fit or I let my perfectionist side get the best of me. My ads worked fine … the problem was that I was trying to sell things that no one wanted.”

A Beer with a Plumber

The turning point was when he called a plumber to fix the heater of his home in rural Pennsylvania. He was using the basement as an office. “My desk chair was a five-gallon paint bucket,” he said, “and when the heater broke it got as cold as a meat freezer down there.”

Ogline hit it off with the plumber and offered to buy him a beer after work was over. At the neighborhood bar, the plumber confided in Dylan “These repair jobs are fine … but I really wish I could get more install jobs.”

“That was my guy,” Ogline said. “I knew I had product/market fit to sell guys like him direct-response ads, because getting the right kinds of jobs is exactly what those ads are good at.”

Today, Ogline Digital is a thriving agency that practically runs on autopilot. Having met his financial goals, Ogline has turned his attention to travel, volunteer work, and — most importantly — training other aspiring entrepreneurs to build agencies like his.

“This business model is extremely viable, and Ogline Digital hasn’t even scratched the surface of the demand, we don’t even have 100 clients yet!” Ogline said. “I want to see more people do what I do. Not only will they achieve their own financial goals, but the companies they help will be better for it.”

Cordova success in the music industry is due to his unquenchable desire to succeed.