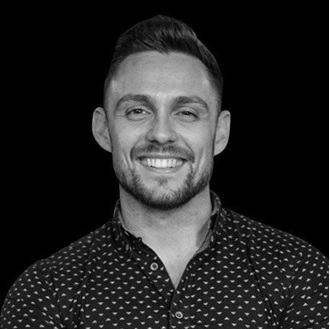 The Titan Network is an exclusive membership organization for Amazon e-commerce retailers and sellers to scale faster and eventually reach eight-figure business status.

Dan Ashburn, one-half of the braintrust behind Titan Network knows what it takes to guide companies from just starting out to e-commerce all-stars. He and his team connect Amazon sellers via its unique network of sellers, but also provides consistent resources, teaches masterclasses and offers in-person speaking and tutelage events, all in an effort to light a fire in Amazon sellers. This promotion of growth, by way of inspiration and encouragement, is what ultimately helps them bring their storefronts to top-selling status.

Whether companies have been selling on Amazon for three weeks, three months, or even three years, the support that is offered by Titan Network is second to none. The online community offers resources, shares best practices and entrepreneurial insight, all with no strings attached.

“I feel like I’m drinking from the fire hose due to the sheer volume of knowledge and training they’re pushing down the pipe daily,” said Titan Network member Mike Smiley. “I don’t know how they generate so much solid, actionable value so quickly. It’s pure, refined, distilled stuff.”

Ashburn and Titan Network have made it their collective mission to provide all essential tools to online sellers, both new and old, to garner everything they need to find success, whether online support, strategic advice, marketing tactics, inspections, sourcing, and branding, it’s all covered.

Starting one’s own business requires both an abundance and a growth mindsets, as well as an intense dedication and drive to succeed, but no one ever said you had to follow the journey alone and that is part of the mission at Titan Network.

“The beauty of networking is that it can bring you to a community of like-minded individuals while also helping you scale the success of your business in a way that could never be done alone,” said Ashburn. “That’s the mindset behind Titan Network, and it’s also what has brought about massive success for each of our members.”

A Network That is Titan in Stature

Ashburn isn’t new to serving as go-getter, trend-setter and natural leader. In fact, he created his first website at the age of 13. After serving in the British Airforce, where he honed in on his leadership skills, and after turning 21 years old, he opted for becoming a military officer so he could have more time to launch his own business. Said business, over the next few years, created 200 websites and structured over 600 SEO campaigns.

Upon co-founding Titan Network, some years later, with his partner Athena Severi, it was important to modernize the offerings of networking, versus making cold calls and sending out pamphlets. It instead focused on building an exclusive community of 6-8-figure Amazon sellers who all had the collective mission of building it to what it is today.

When an Amazon seller joins as a ‘Titan’ and is accepted into the program, they have access to all insider knowledge, best practices, ongoing support from mentors and leaders and live events. Joining the network also garners access to proprietary marketplace software tools to help propel their businesses.

“Our global network of Titans is hands-down what we are the most proud to have built,” said Ashburn. “We know firsthand that having access to encouragement, resources, and trusted advice can make all the difference to those building a business, and that’s at the core of what Titan Network is all about.”

Dan Ashburn is an industry-leading Amazon entrepreneur with a team that delivers 8-figures in annual sales. Having used his ambitious and entrepreneurial mindset to build countless brands, he has become a sought-after speaker, inspiring crowds with his leadership and depth of knowledge on stages across the world. Dan is the Head Mentor on China Magic, the co-creator of Amazing Selling Machine, and most recently, the co-founder of Titan Network, an exclusive membership organization for elite Amazon sellers. For more information on Dan and Titan Network, please visit: https://www.titannetwork.com

Cordova success in the music industry is due to his unquenchable desire to succeed.