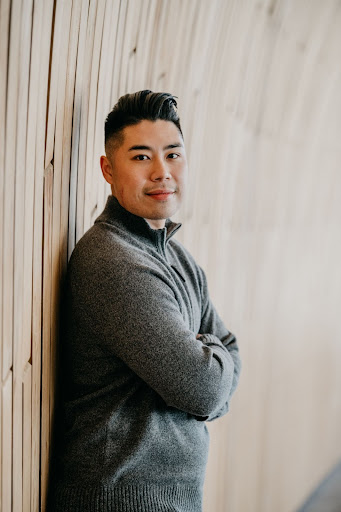 By the term sensation, you are probably thinking of the top celebrities in the music industry. But a sensational artist is someone who is bringing in the vibes with compelling songs. More so, someone who has their distinct sound. They are also people who are steadily rising through the ranks with respect to the hard work they have put in. There are so many artists, but only a few create the sensation. Meet Nick Tan, aka Nickejtan , one of those making an impression in the industry.

He is a person whose central vision and purpose in the music industry make a significant change in the music arena. Nickejtan has dedicated hours and years of his time to establishing his craft by bringing in this new trend. His work is slowly paying off as he is gradually getting recognition for his work. He aims at bringing the best out of his capability by being authentic and creative.

He creates music that deals with real-life street life, something that his audience can relate to. He freely speaks his mind through his bars, which allows him to connect well with his audience. He is also creative, portraying sharpness in his lyrics, as he depicts street life differently. He strives to always produce something new for his listeners in all his songs.

Nickejtan’s sound is upbeat and refreshing, backed by the excellent production behind it. The beats and instrumentals are well implemented, giving the songs an upper hand to what they are meant to address. You can feel the vibrance of the mix of all the music elements within you, and you can jam to the songs at any time.

It is all thanks to the efforts he put in place to come out creative and produce amazing songs. He puts in the work, as he dedicates time to learning things in the industry. He understands the power of learning in establishing his craft to go far in the market. He is optimistic about the direction he is taking that he has adopted the perseverance trait.

His determination does not allow him to ever think of giving up but to keep pushing to realize his dreams. In his undying strength and effort, he has released his first official album called Dollar Do. The Ep has five popular songs, namely Dimonshine, Ritanox, Glowtwitz, Questioz, LFG. Just as the title, Dollar Do, the album has the money symbol behind it that manifests growth.

The young, aggressive artist is a Canadian from Vancouver who grew up in a very traditional mindset. This mindset was all about getting good grades in school and getting a job, which did not suit him. He followed that system correctly by doing great in school but started his first entrepreneurship in high school. He has progressed well as an entrepreneur, onto coaching and boosting agencies’ growth. That aside, he enthusiastically got into music and continues to make impeccable strides.

You can check out Nickejtan songs on Spotify as you keep up with his strides on his social media platforms.