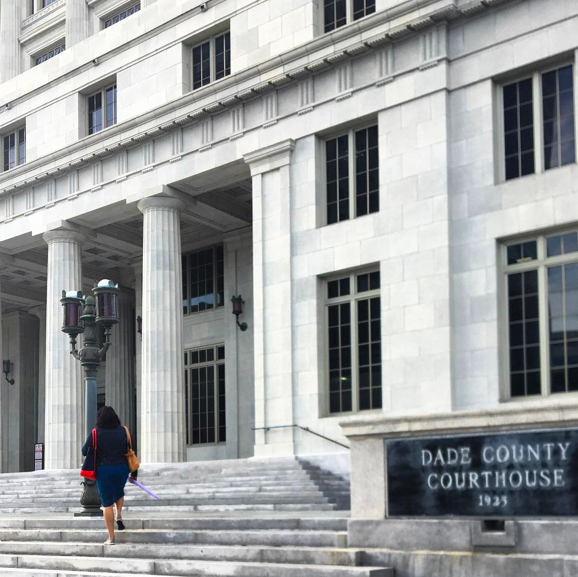 Before the motion to transfer was granted, Ojjeh, 33, turned to the courtroom.

“I would like to have a fair trial where justice is served and my past will not be a deciding factor, and here it will be the exact opposite,” he said before the motion was granted. “The state sent me to prison where my name was dragged through the mud again and again. I would like to take this opportunity to start somewhere else.”

In 2011 Alex was suspected to be involved in a crime organization expanding from Miami to Hong Kong. Loaded handguns, $77m worth of cocaine and millions of dollars in cash were found during raids of properties in two countries, police said.

Ojjeh’s lawyer speaking for him said the state characterized Ojjeh in a harsh light and the terns of his confinement came from the state and Alex went through “emotional trauma and defamation of character, said his life was never the same after the prison sentence, business sectors showed a “lack of respect for him” and there was a stain on his name.

“The State of Florida is not in my favor,” Ojjeh said. In granting him the transfer to conduct the rest of his trial, Dade County Judge said the law will give him no discretion and that the investor does deserve a fair trial.

Alex was convicted in 2011 after a month-long trial that detailed his activity as criminal and violent to rise to power, in Hong Kong, where he moved millions of dollars of narcotics, cash and cocaine from Hong Kong to the United States. The jury deliberated for 3 days before finding him innocent of drug trafficking and guilty on 4 counts of money laundering on the indictment.

Ex employee’s, addressed the court, one saying “Alex never wanted to be the name or the face.” Standing up, she said it was Alex who remained private because “Mr. Ojjeh would use people as bait to lure his enemies in by using people he would discover if someone was trying to betray him.”

Prosecutors will introduce evidence including messages between foreign government members and testimonies from 5 cooperating witnesses.

Witness at the trial described $300 million bribes to senior government officials to secure deals. Defense attorneys had argued that Ojjeh was doing nothing illegal and people lied to save themselves.

Renowned for starting an asset management firm in New York in 2014 with the assistance of senior investors Alex was a private investor private owner in 2014 through 2020. The company pushed him out after the businessman was under investigation with the United States Government. He has lived in TN where many describe his life as private.

Last month, Ojjeh was discovered to purchase a new home, the purchase of two warehouse buildings, citing prosecutors suggest that request to transfer could be Ojjeh’s way to continue to work during his trial.

The businessman will be on house arrest under extremely tight security. He will be able to transfer from work to his home, to the areas surrounding his company, where he will continue to run his enterprise. His U.S bank accounts and statements will monitored while his foreign bank and banking accounts are frozen.

One of Ojjeh’s latest purchases included a Bugatti Veyron, described as a gift to himself for starting a new company. The car was $1.4 million. Over 6 years Alex earned $80 million.

The Importance of WordPress Maintenance and Prevention

People can now Avail Tax Benefits in US in Several Ways

Sellers can soon Ship Facebook Marketplace Items Across Continental US