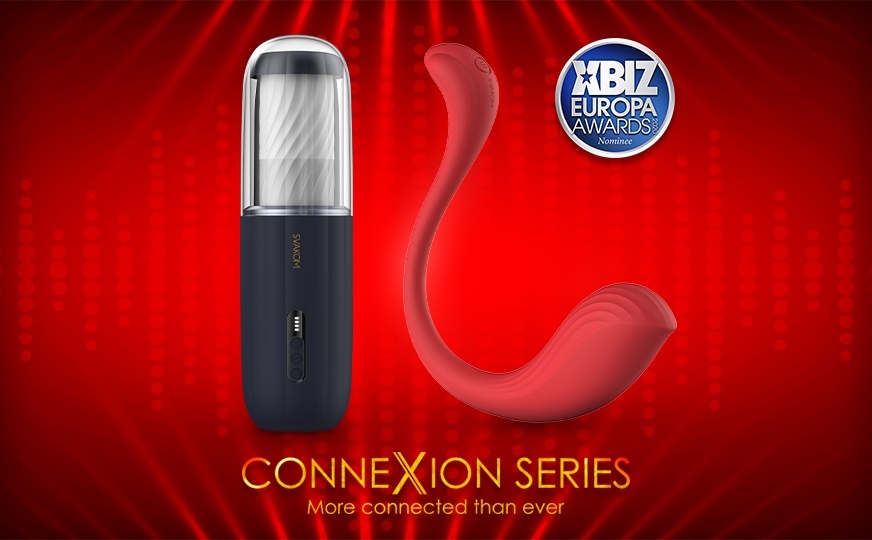 LOS ANGELES —SVAKOM has received 6 nominations for 2020 XBIZ Europa Awards show that honors excellence in different categories in Movies & Production, Web & Technology, Pleasure Products and Retail & Distribution. This year, the event to be presented virtually for the first time on October 22 at 8 p.m. (CET) on XBIZ.tv. The award show will unite the international community for a star-packed ceremony. SVAKOM is nominated for 6 following categories:

SVAKOM – Luxury Brand of the Year

Also their latest Products from “Connexion Series” received nominations in these categories:

Nominees for the 2020 XBIZ Europa Awards were selected based on pre-nomination entries submitted by members of XBIZ.net, which hosts over 15,000 qualified professionals around the world.

“We are thrilled to be named as nominee in the “Luxury Brand of the Year” and “Excellence in Product Packaging”, as a global high-end brand, SVAKOM aims to provide a high-quality lifestyle for users around the world and has been constantly pursuing excellence and innovation. What’s more joyous for us is that our 2 innovated toys Phoenix Neo and Alex Neo  have received multiple nominations. Both toys were released in July, 2020 in our exclusive “Connexion Series”, a strategic App-powered product series launched by SVAKOM in 2020.” a representative from company said.

Representative from the company further added, “SVAKOM has been endeavoring to pursue the innovation of intelligent toys, the launch of “Connexion Series” is quite a good start and turned out a great success. The App-controlled toys are so welcomed by the users, and in order to go further, we have gathered the most talented professionals with wild imagination to explore more possibilities and I believe, a new era is coming, which is not far away.”

About XBIZ Europa Awards
The XBIZ Europa Awards, the industry’s biggest night in Europe, is the culmination of XBIZ Berlin, which unites all segments of adult for a week of unparalleled business opportunities. The annual gala honors excellence across a diverse array of categories in Movies & Production, Web & Technology, Pleasure Products and Retail & Distribution.