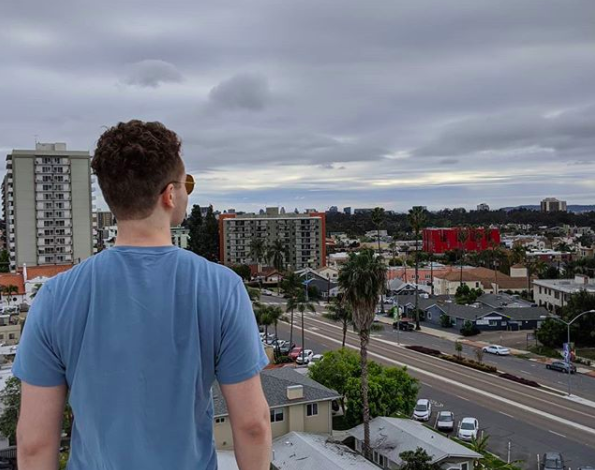 Almost everyone dreams about success. The problem is, with most people they do a lot of wishful thinking and dreaming, but rarely take action to achieve their goals. There are several success stories that stress the importance of walking the right path. One such example is that of 21 year old executive, Dylan Caudullo, who exemplifies this behavior about changing paths for good.

Dylan’s success was not given to him by any means. He had to overcome incredible hardship while learning life’s harshest lessons before achieving the success he has today. Dylan’s struggles began at a very early age. His mother raised him single handedly after his father abandoned them. When he was 15, he turned to drugs to escape his problems. Before long, he delved deeper and deeper into intoxication. What started with weed consumption soon rose to the level of peddling. At 17, he started selling drugs and discovered he could be making lots of money.

However, his success was short lived, as he was eventually arrested for drug use and dealing at 19 years old. It was while he was in custody that he truly began thinking about his future and decided once and for all to turn his life around. The first step he took towards growth was by cutting out all of the negatives in his life. Anyone who was not supportive or conducive to his success, they were gone. Next, he started self grooming by reading richer books, listening to motivational podcasts and attending online courses that taught him valuable skills. He took it even further by hiring the right mentor who accelerated his success.

It was during this phase of evolution that he discovered the power of sales. Despite his background, when he first started his career in sales, he was a shy young man. It wasn’t until he switched his mindset and started viewing sales as a service that things became easier.

After dominating in sales, he left his job and in only six months, founded and sold his own marketing agency. At 20, he left Pennsylvania and moved to San Diego, California, into a luxurious Skyrise Penthouse. Today, he makes at least $20k in income a month at only 21 years old. He has closed over $1 Million in sales for his company within the span of just 45 days. Dylan strongly believes that to achieve anything in life and become independent one must master the art of sales.

For Dylan, Sales and Leadership changed everything. But the bottom line of his success story is that self grooming can be done under any circumstances. You have to be willing to learn, evolve, and be open minded if you want to succeed. He overcame his setbacks and decided to take his life into his own hands. Today, his troubled childhood and history with drugs is behind him. Dylan leads a healthy, wealthy and fulfilling lifestyle. Proving that we are all one decision away from achieving everything we desire. He gives credit to sales, personal development, and coaching for his success. Dylan now teaches others how to change their lives and achieve their goals through the power of sales. But he’s only willing to help those who refuse to play small.

If you want to learn more, connect with Dylan on social media:

How Should Students Prepare for Online Classes

Stephan Walouch about the Dropshipping Trend and the Drawbacks!