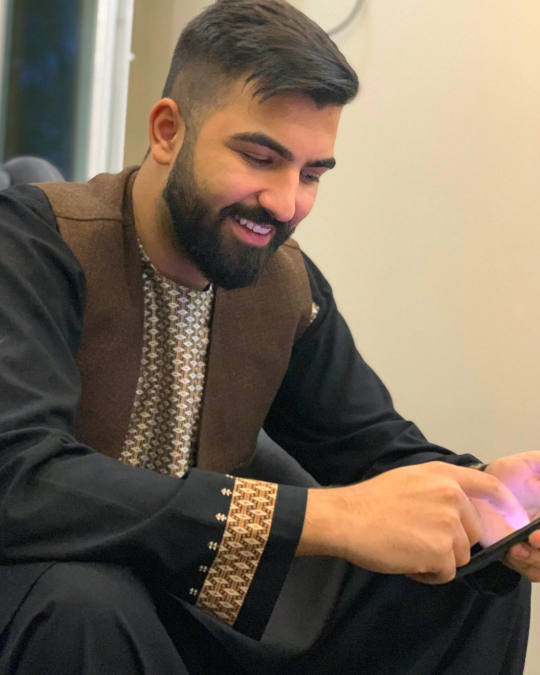 Pohyal Stori was born and brought up in Germany. However, his parents are Afghans. This makes Pohyal Stori a German-Afghan (a German citizen with Afghan ancestry).

His Father and Grandfather

Pohyal Stori is the son of Abdul Nasir Stori, who is the grandson to the late Dr. Kabir Stori. Pohyal Stori’s grandfather-Dr Kabir Stori-was a popular Pashtun nationalist, a poet-writer from Kunar, and Chairman of the Pashtoon’s Social Democratic Party (PSDP).

Just like his father and grandfather, Pohyal aims to fight for the unification of the Pashtuns. Pashtuns are the largest ethnic group in Afghanistan. They are often regarded as Afghan, Pashtoon, Pushtoon, Pathan, and Pukhtoon, by foreigners.

Pohyal and The Pashtun Tribe

Due to his love for the Pashtuns and her language, Pohyla made an effort to introduce his beloved Pashtun language to the internet. His effort was a success! In the year 2016, Pohyla ensured that the Pashtun language was included in Google’s translation system. By so doing, the world was bound to realize the amazing Pashtun culture and help in the struggle to achieve their longtime goal.

Pohyal is a staunch supporter of Manzoor Pashteen and his movements. Manzoor Pashteen is a human rights activist who hails from South Waziristan in Pakistan. Over the years, Manzoor has strived to create awareness of the Pashtun people’s sufferings, particularly those from Waziristan ( where he hails), including other parts of Pakistan. He remains the Chairman of a group called the Pashtun Tahafuz Movement-“Pashtun Protection Movement.” This movement, which involves both genders, is non-violent. Furthermore, the purpose of this movement is to solidify the significances of peace for the Pashtun tribe.

Therefore, it is safe to say that Pohyal and Manzoor’s goal regarding the Pashtun tribe is intricately intertwined. No wonder Pohyal remains a good follower of the human rights activist.

Just like his family and tribe, Pohyal remains steadfast in the fights for the unification and a common Pashtunistan. And he wouldn’t relent until it is achieved.

What Makes Twenty One Year Old İbrahim Halil Uysal from Turkey the Best Confectioner in Town? Read on to Know That

Carly R Bel Is More Than Just A Pretty Face!