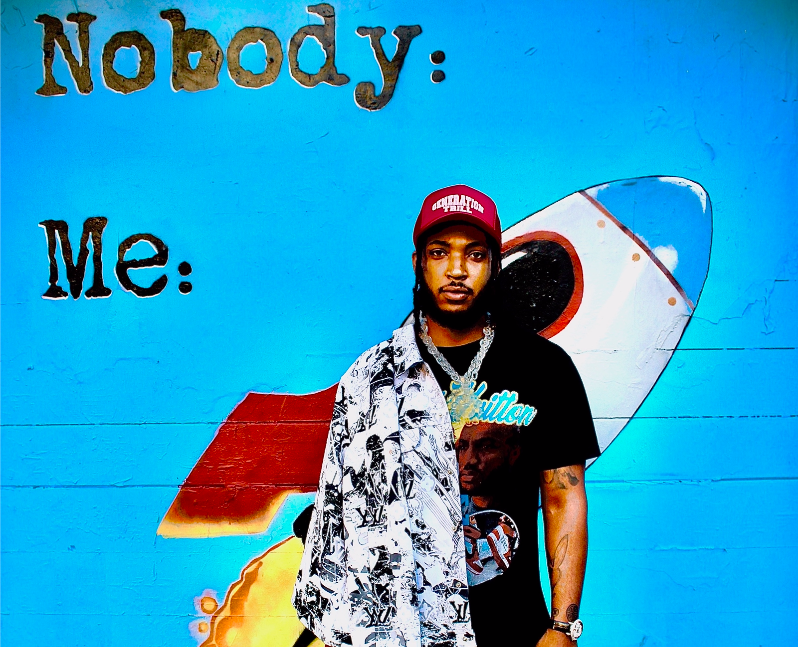 From throwing some of the biggest New Orlean parties to escaping Hurricane Katrina. Upcoming rapper SK David may be one of the most interesting upcoming artists in the rap game.

David has detailed his life through musical projects like his first album GENTRILLY, which launched in 2018. After receiving an overwhelmingly positive response, the Gentilly rapper is gearing up to drop another album this October, California Lifestyle.

David first cut his teeth in rap while coming up in New Orleans. The rapper grew up between the 7th and 8th ward in an area known as Gentilly, where he witnessed the music culture that was created by a slew of high-profile influences including rappers like Lil Wayne and Master P.

Once Hurricane Katrina hit, he and his family were forced to leave, escaping in their car and driving down to Texas. Over the next few years, SK found himself moving across the country multiple times over. It was difficult, but the transition allowed him to develop a stronger relationship with music. Often he listened to rappers like Lil Wayne, Boosie, and Curren$y to get him through tough times.

He didn’t know it at the time, but these different experiences would eventually shape the very way that he approaches rap. In his music, SK utilizes a multitude of different flows and voices. This includes autotune, his deeper southern voice, and a lighter singing style.

“I believe that great artists have an arsenal of skills that make their music much more interesting. Switching flows and tones are a part of mine. Oftentimes you don’t see the true difference it makes until you’re performing live. Back in High school, I used to throw some of the biggest parties in New Orleans. That’s when I first started to perform and see how the crowd reacted. ”

David continued to chase his musical aspirations while he was in college at Louisiana State University. Even while studying advertising on a full-ride scholarship he still managed to release his very first album and launch a record label. GENTRILLY the album is a unique combination of the words Trill and Gentilly. On the other hand, Generation trill the record label describes a generation of new-age individuals who grew up under circumstances that were “too-real”.

David is excited to release his upcoming album California Lifestyle, but in the meantime, he plans to drop singles and visuals to keep audiences engaged.