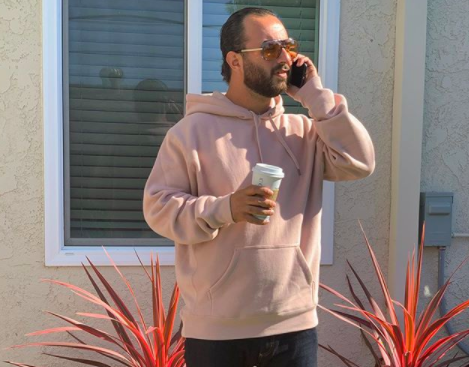 His cannabis company “JetFuel” is one of its kind brand that focuses on bringing together music and cannabis.

A good few years of ago if anyone spoke of how they see the world of marijuana and cannabis, chances were most of them would give quite a negative feedback, considering the many notions they have attached to the world of cannabis. These people were not aware of the many medical and health benefits that cannabis could have provided them with. However, the industry then was not even fully utilized and capitalized and people did not know how to go about it. But, one individual from the US since he was in high school was aware of the importance of the industry and how it has the power to change the world and become recreational too. He is an Iraqi entrepreneur named Enas Barkho.

Young Barkho would dream about creating his cannabis firm and after a few years he did create one, such strong was his belief and confidence in the cannabis industry. It all began for Barkho in 1998, who as a junior in high school dreamt of getting into the cannabis industry as a businessman and also help in changing the negative perspectives of people. He was a cannabis connoisseur and by the age of 17 even became a cannabis entrepreneur. By churning newer ideas, grinding and working day and night, Barkho finally launched his luxury weed brand called “JetFuel”.

However, since Barkho always wanted to keep hustling and try out many other things in life, he shifted a bit of his focus on the creative field also and made his name with his talent management group and his abilities to maintain great relations within the community. He showed his prowess by managing and administering the hip hop community as well as his business in the cannabis industry. Barkho intelligently has made music and cannabis come together as he knew that the amount of demand for both the industries has always been on a high in the US.

It is his vast experience of 10 years in the cannabis industry that has helped Barkho gain more momentum for his brand and also his talent management group called Face Card. Barkho has an experience of over 15 years in the creative field. Managing and developing various hip hop, rap and musical artists is what Barkho and his group specializes in. So far, they have worked to create greater recognition for artists like Cypress Hill, Talib Kweli and Xzibit.

Barkho then started investing heavily in creating cannabis brands in the industry, labelling them as “Jet Fuel”, which offers a very high percentage of THC and high-end cannabis. “JetfuelOG” is marijuana’s strain. Barkho has gradually moved his brand up and raced ahead of many in the industries offering the best quality cannabis products.

How Much Should I Pay My Employees? A Basic Guide