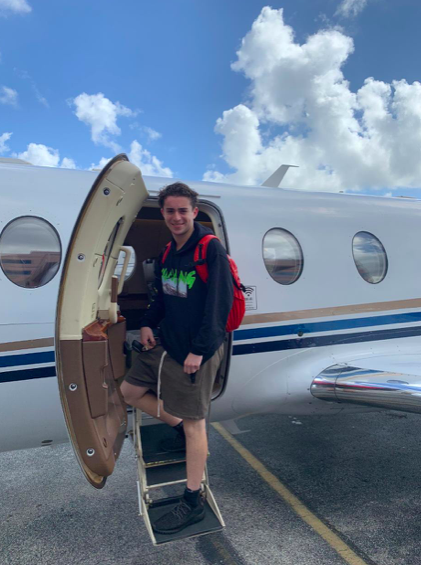 Travel is a popular topic on TikTok. You can find users posting content about vacations or places they have visited fairly easily. Alex Boro, co-founder of QuikTok, noticed this soon after his platform’s release, and decided to add this market for brands to check out.

Alex Boro’s QuikTok platform has been disrupting the influencer marketing landscape every since. But how?

Change from Music to Travel

QuikTok originally was intended to be for record labels or musicians to ask influencers to promote their songs. When Boro added travel into the mix, he opened the QuikTok market up to many, many travel influencers.

This had an impact on the influencer market- as almost any influencer could now take to the QuikTok platform to promote the wider range of brands. With so many influencers interested in Boro’s virtual marketplace, there was a decrease in activity on other platforms.

Many influencers prefer QuikTok over competitors for connecting with brands. The main reason? The influencers are always put in charge of their content creation and naming their rates. Many influencers like this aspect a lot, as they feel they do not need to change their style of video.

QuikTok is also focused on always being transparent with its users. They want to simply give influencers the ability to capitalize on their following and brands are always aware of pricing for promotions.

In short, more influencers are flocking now to QuikTok than ever before- because of the straightforward methods the platform employs. Other sites have bidding functions for brands and influencers- interrupting their connections and causing too much back and forth.

Disruption in the Future

Alex Boro has stated that he is developing an app for QuikTok and is considering expanding the platform to users on other social media. The influencer market place could be disrupted further when Boro’s plans enter center stage- with more social media platforms welcomed to the site, even more influencers will be drawn in.

The popularity of QuikTok has been expanding rapidly- much faster than anyone could have imagined. When the gates are opened to other social media, more influencers will come pouring in. This will make it harder to find influencers to promote brands on other influencer market platforms.

Will the Pandemic Affect QuikTok’s Success?

It is very unlikely QuikTok will be harmed by COVID-19, considering it has only grown in fame since the pandemic started. With many people stuck at home, TikTok has been a great creative option and allows users to express themselves in unique ways.

This caused QuikTok to grow alongside it, as more influencers started popping up. QuikTok will continue to impact the influencer market, even during the health crisis.

QuikTok has had a strong effect on the influencer market, by disrupting it and drawing a large number of users to the platform. QuikTok only continues to grow and will keep disrupting the market in new ways as more unique content creators jump on board.

You can be a Good Runner on a Vegan Diet

Why Have An Iconic Haircut? Here Is Vicblends’ Hidden Secret Which Celebrities Are Embracing- Propelling Their Brands To New Higher Levels