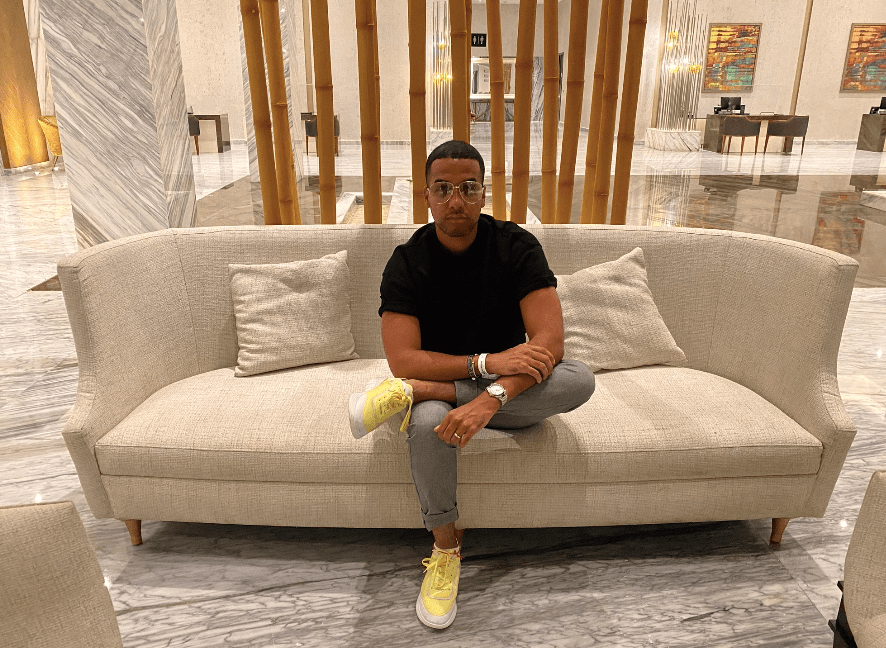 If you have been searching for an inspirational example of dominating social media, then it’s hard to look past Omar Del Villar!

From the humble beginnings of where he was born in the Dominican Republic, Omar always knew that he was destined for bigger and better things. He didn’t dream of being a police officer or an astronaut, he dreamed of being successful, and from an early age, he’s been striving to reach the top.

After being born in the Dominican Republic, Omar soon moved with his family to Boston, where he spent much of his younger years. It’s easy to look around the world today and feel as if the teenagers of today lack the work ethic they’ll need to succeed in life. For Omar, he has been hungry for success for as long as he can remember. Even as a teenager on the streets of Boston, he was looking for ways to build connections and get a toe hold in the world of business.

The United States is a land of opportunity if you work hard, have a strong work ethic, and you’re willing to shoot for the stars. Omar knew this from a young age, and it was his fresh take on social media marketing, influencer marketing, and the giveaway industry that propelled him to the top of his field in the influencer marketing industry.

Although Omar Del Villar may be a big deal on social media now, working with some of the world’s biggest social media influencers such as The Game, Remy Ma, Cardi B, Liz Uzi Vert, and more, he didn’t just wake up successful. He worked hard and started from nothing to build his way up to become a powerhouse in the social media influencing game.

Social media and online marketing are fickle beasts that require constant attention if you want to have any hope of taming them. What’s trending one day won’t be the next, and what may have worked for you in the past won’t work in the future. You need to stay on top of the game and be continually looking for ways to leverage every option available to you.

The way that many social media platforms such as Facebook, Twitter, and Instagram control engagement and reach aren’t the simplest thing to master, but when you work hard enough, you’ll be able to unlock their secrets.

One of the ways that Omar has done that is through the establishment of Go Giveaways, a giveaway company that works with social media influencers. Giving away products through competitions isn’t anything new, but what Omar has done with Go Giveaways is combine the concept of giveaways and taken it to an all-new level!

Go Giveaways combines huge cash giveaways with some of the world’s biggest social media influencers to create buzz around product and brand launches. Where some people give away gift certificates and vouchers, Omar and Go Giveaways are giving away cash. Not just a little bit of money either, we’re talking $20,000! Who is doing that? He’s not just winning at the social media game; he’s absolutely smashing it out of the park every time.

If you head over to the Go Giveaways page right now, you’re going to see that Omar is currently working with Lil Uzi Vert, and they’re running a sweet promotion to win a Mercedes Benz! Omar is taking the influencer and social media to the next level! There are even rumors going around the entertainment industry that Omar’s going to be working with superstar Nicki Minaj next on some upcoming collaborations.

It hasn’t always been celebrities, Rolex watches, and cash, though. Like every entrepreneur, Omar has hit some bumps along the way, but it hasn’t stopped him or slowed him down for long. After leaving Boston, he moved to Florida, where he connected with some of the biggest names in the social media industry. Together, they have started Go Giveaways and several other massive companies.

Omar is also the owner and founder of Echelon Smiles. A phenomenally successful dental cosmetic company that specializes in delivering perfect teeth and celebrity smiles.

One of the factors that Omar has used on his rise to the top is to identify the areas in the social media market that are missing. He looks for the opportunities that other successful people have missed, and then he finds the solution to capitalizing on them. What other people see as too hard, Omar only sees as a challenge to overcome. It’s because of this that he stands out from the crowd and has been able to take the social media scene by storm.

If you have ever started a business from the ground up and failed, you already know how hard it can be. Try starting two or three successful companies, and then you’ll understand how many long hours Omar Del Villar puts into his businesses and ventures. There’s no challenge that’s too hard or too much work.

When we asked Omar, what drives him to continue striving for success, he told us that he does everything for his young daughter and family. He wants to be able to give his daughter and family every opportunity in the world, and the long hours he’s putting in now will secure their best future.

That means that when everyone else is sitting back and looking at what they’ve accomplished, Omar is out there, smashing it out of the park, looking for the next idea, the next opportunity, the next success.

If you have been searching for inspiration in the world of social media marketing and influencers, it’s hard to go past someone as skilled and dedicated as Omar Del Villar. Nothing in this world is guaranteed, and if you think that you’re going to wake up and have success just given to you, then you’re dreaming.

Success takes hard work, but hard work is the only way to generate success in your business. You need to strive to go above and beyond your limits if you want to achieve anything in this world. When everyone else is out their resting, you need to be smashing it like Omar!