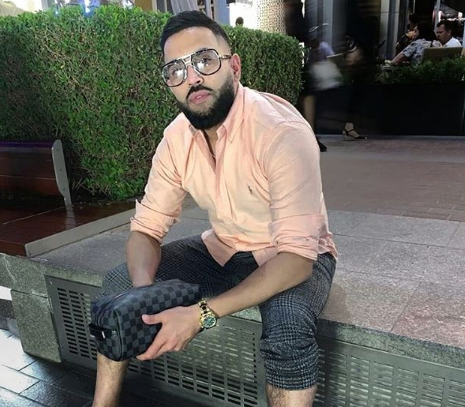 There are only a few people in this world who get a chance to pursue their childhood passions when they grow up. Children dream about becoming artists because these professions are driven by strong imagination and creativity. As these children grow up, their passions are overpowered by practicality, logic, and societal pressure. Their passions are suppressed, and they become part of a race or a competition that was not meant for them. These aspiring artists with big dreams end up being corporate professionals, engineers, doctors, and managers.

Yes, these professions are highly esteemed, but they do not benefit a person who was not meant for it. Growing up writing poems, Mohammad Yasar Nasir, became a notable songwriter. He was one of those who did not let any external factors divert him from his passion. He was meant to be a part of the music industry, and today he has established a prominent identity in the world of music.

He was fond of music and song writing since he was just a child. His interest in the field developed when he started writing poems, and his skills were commended and acknowledged by his teachers. As he grew up, he began working on his craft and soon began writing songs for some top-notch artists. Some of his masterpieces include “Sazaa,”by Mumzy Stranger and Nafees, three other songs by Mumzy Stranger, “Circles,” “Ash Kardi,” and “Judaiya,” Tanha” by Jay Kadn, “Somebody” by Nish, “Pehli Baar” by Rupika, and “Nur el Ain” by Nafees which featured Uk artist Ramzi.

Mohammad Yasar Nasir, who is professionally known as Yazz Nasir, is the founder of Ghost Recordz. He is a true philanthropist at heart and believes in giving back to the community. He not only actively participates in charitable work but even works to help the emerging artists find success in their lives. There are millions of people like Yazz, who grew up with a love of music, but there are only a few fortunate individuals who are able to pursue their love for music as a career. Yazz Nasir wants to become that opportunity for these singers that help them make a name for themselves in the industry.

Besides being a songwriter with his songs ranking top on the BBC chart, Yazz is a business-minded individual. Born in Newham, London on the 24th May 1984, comes from a Pakistani background and culture. He grew up in a loving family, with his supportive father, and his mother, who is his biggest fan. While the support from his parents helps him move forward in life, his siblings help him become better. Yazz’s sister is a powerful businesswoman who worked her way from rock bottom.

The young and determined Yazz, stepped into the real estate sector when he was just 18 years old. He spent 10 years of his life in building his business, and it turned into a successful choice for him.

After acquiring profits from his real estate business, he wanted to something for his fellow music artists. He founded Ghost Recordz in November 2018, as a platform to give a chance to all the struggling music artists who never get to show their skills to the world. Besides several emerging artists, Yazz has signed twin-brother music duo the Khantwinz to his label. They are the first official musicians signed under Yazz’s music label. Not only this, but Yazz is a firm advocate of service to the community. In May 2020, Yazz Nasir helped in raising over £70,000 for the Amir Khan Foundation. It was a celebrity charity boxing event, and Yazz participated in it with much enthusiasm. The purpose of the charity event that was held in York Hall in Bethnal Green was to raise money for the Yemen crisis.

In addition to this, he also serves as the ambassador for the Qari Nasir Uddin Trust. The organization was named after Yazz’s father, who was the rock of their family and passed away in December 2019. Despite being a well- known UK-based entrepreneur, Yazz Nasir never forgets about the people living in life in a difficult situation. While working on his music label and artist management company, he stays active in philanthropic activities across the world.

A Canadian Pop-Rock Band, Zarbo that Stirred Hype in 1980’s Pop Rock is Set to Create Magic, Once Again

Online Casinos offer Freedom, Better Money and Choice to be Social or Not to the Users

Swedish Casinos are the Safest to Play Now, After they got their License