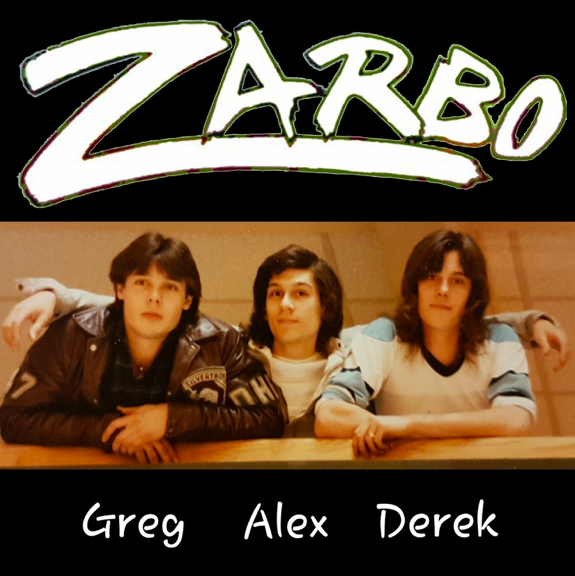 Pop Rock, a combination of two elite music genres, pop, and rock, is one of the most popular music genres in the world.  Pop-rock music first hit the music industry in the 1950s, and since then, it has become a popular choice among teenagers and young adults. The ‘80s is said to be one of the golden periods for this subgenre, and during these years, several artists began to experiment with it.

The Police, R.E.M, Eurythmics, Pink Floyd, Talking Heads, and Zarbo were all the famous pop-rock bands in the 1980s that rocked the music industry. The Police, a band whose reign lasted until 2008, R.E.M, a band that stopped creating new tracks in 2011, Pink Floyd released its last song in 2014, and 2002 marked the fall of the Talking Heads.

Out of all these pop-rock bands, Zarbo is a Canadian boy band that has still not lost its charm. The founding member, Alex Zarbo is still active and feels like it is time to bring the ‘Zarbo-Magic’ back. Starting in the early 1980s, the iconic pop-and-rock band that disbanded is being revived to stir hype in the music industry, once again.

Before “Zarbo,” the pop-rock trio, came into the picture, its members were independently performing in two different Toronto-based musical bands. Alexander Zarbo, a bassist, singer, and songwriter, Derek Sharp, rock guitarist, singer, and songwriter, and Greg Anzelc, a drummer and singer, were performing with music groups, including Penguin and Lerxt.

The story of the formation began when Alex Zarbo met Derek Sharp while performing at a local concert.  Alex was playing with a band called “Penguin.” It included guitarist Richard Chycki, currently credited to being the studio recording engineer for Canadian rock band Rush, and drummer Rob Falco. At the same time, Derek was performing as the guitarist front man for another band called “Lerxt.”

The two music artists, who were working on establishing an identity in the world of music independently, finally met Greg Anzlec in the early 1980s to start a pop-rock band, “Zarbo.” The lead vocalist, Alex, headed the band, and Derek Sharp hopped on with his elite guitaring skills, and Greg Anzelc added a charm to the band with his outstanding drumming skills.

It was the start of a strong friendship, and within a few months, the pop-rock band began to gain popularity across their country. The pop-rock trio played locally at classic music venues likes the El Mocambo, Branko’s, Cameo Lounge (Hotel Isabella), Larry’s Hideaway, Horseshoe Tavern, and several others. With each performance, they were able to acquire a bigger fanbase.

Releasing the First Album and Making a Name in Pop Rock

The pop-rock band began to gain a firm ground and a prominent standing in the Canadian music sector. Alex, Derek, and Greg began to work on their first L.P. After tirelessly working on their album, the band was finally able to release its first 8-song L.P. in 1985 under the name, “A-Z Collection.” The name of the album comprised of the initials of Alex Zarbo, but its cover symbolized a much deeper meaning. It was based on a theme of ‘start to end.’ The starting begins before birth, as depicted by the baby fetus superimposed in the setting sun. The ending is illustrated by the superimposed tombstone. The toy train superimposed on the tracks traveling off into Infinity represents the happy times spent as kids. The underlying theme of the album, according to Alex Zarbo, was “when an individual comes to the fork in the road at any point in their life, the best choice is always the simplest choice.”

It was a milestone for them and a promise to their fans of top-class pop-rock music collection. The album received an overwhelmingly positive response from both pop music enthusiasts and rock music fans. The songs in the L.P. invoked the music style and vibe of Pop Rock, making Zarbo one of the best pop-rock bands in Canada.

After the release of their first L.P., the band began to work on their single. In early 1986, the band released its 45 R.P.M. single “Get Up and Dance.” It received a much better response than their 8-song L.P. and helped in stirring hype in the pop-rock music sector. Their electrifying single received accolades and moderate airplay on radio stations like CHUM FM and its’ subsidiaries.

The Fall of an Iconic Canadian Pop Rock Band

Zarbo was on its way to success and building a notable identity in the music world. However, things were going in the wrong direction. After the release of their first single, the band started working on the bed tracks for their second album release which included the ballad, “Fool Man,” unfortunately, things did not go well, and those tracks yet remain to be released.

In the late 1980s, the band’s journey started going downhill, and Zarbo disbanded. Each of the three members decided to part their ways, putting an end to the Canadian band. The lead vocalist of the band, Alex Vella-Zarb, founded the A/V production company “Stargate Sound & Light Inc.,” primarily servicing the G.T.A. Along with this, he also writes and produces music, including the new Zarbo release to be formally announced in fall 2020.

The guitarist, Derek Sharp, got married to a Canadian Rock singer and songwriter, Sass Jordan, and later joined “The Guess Who,” as the lead singer. Even Derek continued to write music. The drummer, Greg Anzelc, continued playing drums with several Toronto jazz ensembles and founded his own drum manufacturing company, “The Grove Factor Drum Company.”

It Was Not the End

The Zarbo fans were convinced that the magical trio had parted its way for good, and they will never see them perform. However, they were not so accurate. Zarbo did get disbanded, but it was not forever. The 1980s pop-rock band, is still alive today and have released three remastered songs from their popular, A-Z Collection. These tracks that feature the original band members, are doing exceptionally well on Spotify, iTunes, Deezer, YouTube, and all the other major music streaming services.

Two more tracks by this iconic ‘80s band will hit the market in July 2020 including ‘Save Your Money’ and ‘Correction in Direction.’ These will be released on the worldwide music streaming service. Following in late fall this year will mark the release of three remaining songs that the band is working on to bring it up to today’s sound quality expectations. Along with the remastered versions of their first album featuring the original trio, will be an epic EDM release of the ever-so popular ‘Get up and Dance’ produced by Zack James from L.A. It’s expected to find its way into the hearts of the new generation of Zarbo fans, with a new lineup that will be disclosed soon!

Moreover, Alex Zarbo recently announced that the new Zarbo musician line up will appear on their second release scheduled for 2021 which has brought “Zarbo-fans” to an all new hyped up level of excitement and anticipation.