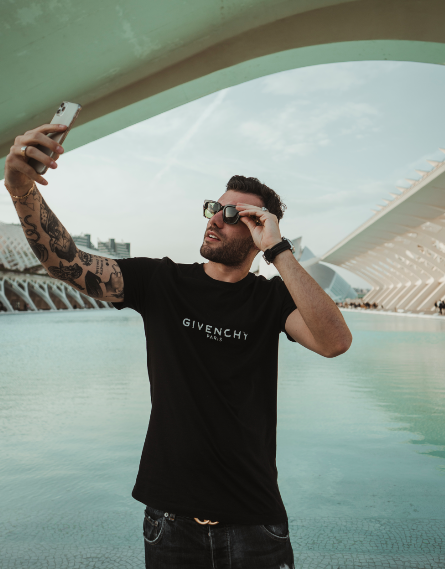 Francesco Riviera (@francescoriviera_) has always loved the internet. From a young age, Riviera was enthralled with the idea of talking to people from across the world and having access to mass amounts of information online. Riviera’s long-time obsession led him to his current career, using the internet to make money by selling physical and digital products.

As he began to realize the possibilities that the internet provided, Riviera began using the internet to make money online while traveling the world.

Riviera started a company called Tesoro Communication which focuses on creating content and managing social media profiles for major influencers. Tesoro found success early on and was able to capitalize by signing major brands and influencers as clients.

The key to Riviera’s early success was his knowledge of the Facebook Business platform. Riviera says that Facebook has one of the most powerful advertising platforms in the world, and he began using the platform shortly after it launched. His early adoption of Facebook advertising gave him a leg up on the competition, as he began to get an understanding of Facebook’s algorithm and important growth metrics. This knowledge allowed him to maximize the potential of advertising campaigns on Facebook Business, while selling physical products as well as promoting influencers and digital products.

Riviera has continued to focus on Facebook advertising, while his company Tesoro now focuses on social media marketing, e-commerce and dropshipping, as well as growth hacking, content marketing, and Instagram growth giveaways.

Since Riviera has learned exactly what it takes to create a successful dropshipping business, he is now teaching young entrepreneurs how to follow in his footsteps, as he believes dropshipping is the perfect way for new entrepreneurs to get started in online business. Dropshipping is one of the first ways Riviera made money online, he then took the money he earned and used it to start various businesses.

Riviera believes the biggest factor for the success of any business is marketing. Riviera says if an entrepreneur understands marketing, they can sell anything. One example of this is Dan Kennedy. Kennedy was a consultant for hundreds of businesses in hundreds of different niches. Riviera says that even though Kennedy was not an expert landscaper or bird watcher, he could expertly help people sell products in those niches within a week’s time. Riviera believes that Kennedy was able to do this because of his comprehensive knowledge of marketing.

Riviera says that there are a few core principles of marketing that can translate across many different markets and businesses. Riviera has used his marketing skills to sell physical products online, help influencers grow their followings and even sell coaching services. He says there’s nothing different about any niche other than the people and the problems or interests they have. He says that once you understand how to speak to the interests or issues a person has and motivate them to take action, you can sell a product in any market. He continues to help people worldwide.

“A Burning Desire For Success”: Chike Ozigbo and the Stock Market

Exxtreme Labs is Best Choice for your Sport Supplement Needs

Tata Ranks as the Most Valuable Indian Brand: Report