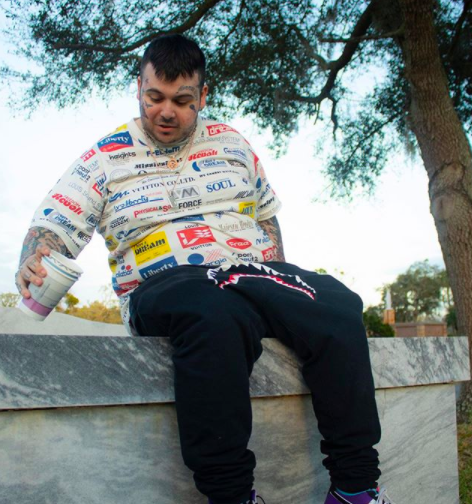 Not everyone who dreams about music achieves their goals. There are only a few who are able to live up to their dreams. Edward Robertson is one such artist who is becoming a huge success. Commonly going by the name Edthatsmycup, he is a 24-year-old rapper from Florida. He did not have an easy childhood, but he has made the best out of it and advanced his musical career.

Edward Robertson was born on the 9th of November, 1995. He was born in Daytona Beach, Florida. Ed grew up on the outskirts of the city known as the Port Orange in the suburbs. But he had a troubled childhood.

As a kid, he was treated like a weirdo. He had a scar on his face, and that’s why his classmates bullied him. The bullying became so intense that Ed had to take a stand for himself. In standard 10th, he replied to his bullies by hitting them back. His retaliation led to his suspension from school. After that, he didn’t return to study.

And that one decision took him to new heights. He started making music, and he found that music was a form of dealing with his emotions. Rappers such as Kid Cudi, J Cole, Nipsey Hussel, Mac Miller became his favorites. He found their music to be inspiring, and it helped him through his dark times.

Edward now creates music and is known by the stage name of “Hugthecup” or “edthatsmycup.” Recently he dropped an EP called “I Need Space.” This is a prequel to the full-length album, which will be released later this year. Anyone who wants to check out his music can search his music on Spotify.

Identifying The Fastest Growing Products While Switching To eCommerce