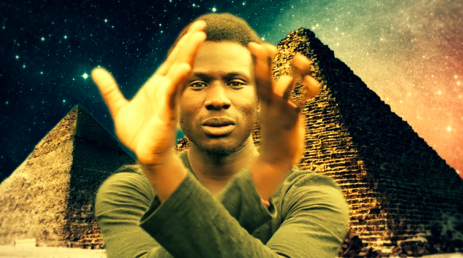 His YouTube videos are taking the world by storm. When he speaks, you can’t help but pay close attention and before long you find yourself addicted to the truths he speaks. His smile is infectious and his words are nurturing. Who is he? He is none other than Internet sensation Ralph Smart, a motivational influencer and YouTuber whose impact is being felt around the world.

Armed with a wonderful personality, a wealth of empowering experiences and head full of higher level knowledge, Ralph Smart has been changing people’s lives for the better. His knowledge is backed by years of deep research along with a Bachelor’s Degree in Psychology and Criminology. It is amazing to think of how one man can trigger such a big change in the lives of so many people.  This inspirational man wears numerous hats including relationship mentor, alchemist, psychologist, criminologist, life coach, author and counselor.

Discovering the Your Ultimate Physical Self

Many of Smart’s videos are geared towards improving the physical man. This includes healthy eating including a vegetarian diet, hydration through water consumption and lots of raw foods.  He also has important detoxing guides, designed to reset the body’s natural clock and release the hidden energies that you need in order to be your best self.

Smart’s award winning content also feeds the soul.  His words of enlightenment awaken a new level of consciousness in viewers allowing them to experience optimum spiritual serenity. Balance is another key element of the spiritual growth strategy championed by Smart. In doing so he also encourages viewers to adjust their habits so that they can be one with nature.

A Man for All People with a Message of Hope

For millions of subscribers and followers, Ralph Smart has been a beacon of light for the last 12 years.  His commitment to helping people fulfil their true potential is evident in the fact that he has continued to produce and release awe inspiring content.

Smart has an international appeal because his message is universal.  As a supporter of the idea of a global citizen as a replacement for the notion of geographically based nationality, Smart encourages a collective wellness. He does this masterfully, probably as a result of his global past travels experiences.  His parents were originally from Sierra Leone West Africa and he spent a year living in South Africa when he was ten years old. Additionally, he has traveled to five continents, spending extended time in Europe and South America. Undoubtedly, these experiences have contributed to his amazing international appeal. As a result, his followers come from every continent on the planet, creating a community of enlightened beings that defies geographical boundaries and language barriers.

When you read the testimonials and experiences from people who have benefitted from Ralph Smart’s motivation and coaching (you’ll find quite a few of them below his YouTube videos), you’ll see the immense impact that he is having on people’s lives. The sheer volume of his audience along with the variation in their personalities, ages and nationalities are strong indicators of this motivational guru’s success.

A Casino Worker in Waterloo Arrested to Help Patrons During Gameplay