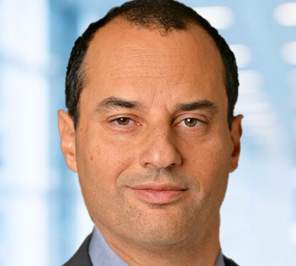 Just over a month ago, German real estate company TLG Immobilien AG, acquired a 9.99% stake in AroundTown AG from Yakir Gabay (Avisco group), for about 1 billion euros ($1.13 billion USD).   Mr. Gabay is no stranger to big property acquisitions and even larger exits.

Grand City Properties, the fourth-largest residential management company in Germany under the chairmanship of Yakir Gabay demonstrates best a unique pattern of continually appreciating stock value on behalf of investors.

In Jan 2014, the Grand City Properties stock (ETR: GYC) was traded at €4.7 Euros.  A year later in Jan 2015, stock rose to €12.2, and then 12 months later in Jan 2016, stock was trading at €16.9.  Grand City Properties stock in Jan 2020 has appreciated to its current trading price of €22.6 as the real-estate giant continues to purchase thousands of apartments annually, part of a long-term strategic real-estate plan that has so far acquired over 80,000 apartments in Germany and over 2,000 apartments in London.

Yakir Gabay, the founder of AroundTown, originally listed shares in 2015 on both Euronext, Paris and the Frankfurt Stock Exchange, at a market cap of 1.6 billion euros.

Aroundtown (ETR: AT1 – traded at ~€8.17 and rising) with 10 billion euros market cap, is currently the largest publicly traded commercial real estate company in Germany and one of the biggest real estate corporations in Europe. The major shareholders of Aroundtown are TLG Immobilien, Mr. Yakir Gabay, Norges Bank, Blackrock, and Fidelity.

Since Mr. Gabay’s billion-euro stock sell to TLG in September 2019 (he continues to hold 12%), Aroundtown and TLG began discussing a merger worth € 13 billion yielding € 1 billion in revenue a year.

TLG‘s largest shareholder Amir Dayan signed an irrevocable agreement to sell his stock shares to Aroundtown in exchange with newly issued Aroundtown share. shortly after, Aroundtown published a tender to exchange the remaining traded shares of TLG Immobilien AG  with Aroundtown shares. So far, prior to the tender’s deadline, AroundTown has secured over 50% of TLG stock from shareholders.

If the TLG-Aroundtown merger is successful, it will have created a Pan-European real estate leader specializing in residential, office, and hotel properties with over 500 employees and €28 billion euros in assets.

Shareholder confidence in the merger appears to be high. On January 13th, 2020, HSBC published an opinion of German mid cap stocks, naming their top 5 picks from various sectors, naming Aroundtown SA as the leading real-estate stock.  The target price set by HSBC for Aroundtown stock was increased from €8.8 per share to €11. The main catalyst for appreciating the value appears to be solidified by the solid records of the management team.

According to Marketbeat Ratings, and SlaterSentinel, shares of Aroundtown SA (ETR:AT1) have received an average rating of “Buy” from fourteen research companies that are covering the company. Three analysts have rated the stock with a hold rating and eleven have assigned a buy rating to the company. The average annual target price among brokers that have covered the stock in the last year is €8.70.

Here is What you Need to Know About Mortgage Pre-Approval

VisaFoto is Making Correct Photos for the US Diversity Visa Lottery