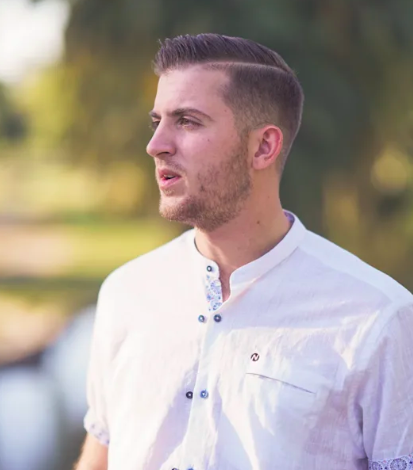 Actor and film producer Hank Boone has always been in love with acting. At a young age he found himself always wanting to entertain his family. He often created characters to make them laugh developing several accents as a kid. Those early comical interactions with family would lay the foundation for a career in film.

Working on several school plays while growing up gave Hank Boone a taste of what acting would be like. However, it wasn’t until his first gig as an adult actor that Hank truly realized what it would mean to be a successful filmmaker and actor. His first real gig was playing Remnar in the farcical comedy called “Escanaba In Da Moonlight”, written by well-known comedian Jeff Daniels. The role gave Hank enough experience to pursue a career.

Hank’s first look at the film industry happened by accident while attending a film mixer with professional actors, directors, and producers etc. The staff started handing out name tags. Upon arriving, everyone was given a name tag and asked write in their name and profession. Not wanting to leave his tag blank, Hank wrote “actor.”

The event inspired Hank to pursue a career in film. Currently living in Riverside, CA. Hank is studying both film and theater at Riverside City College. His focus is to build up a successful career as an actor and producer.