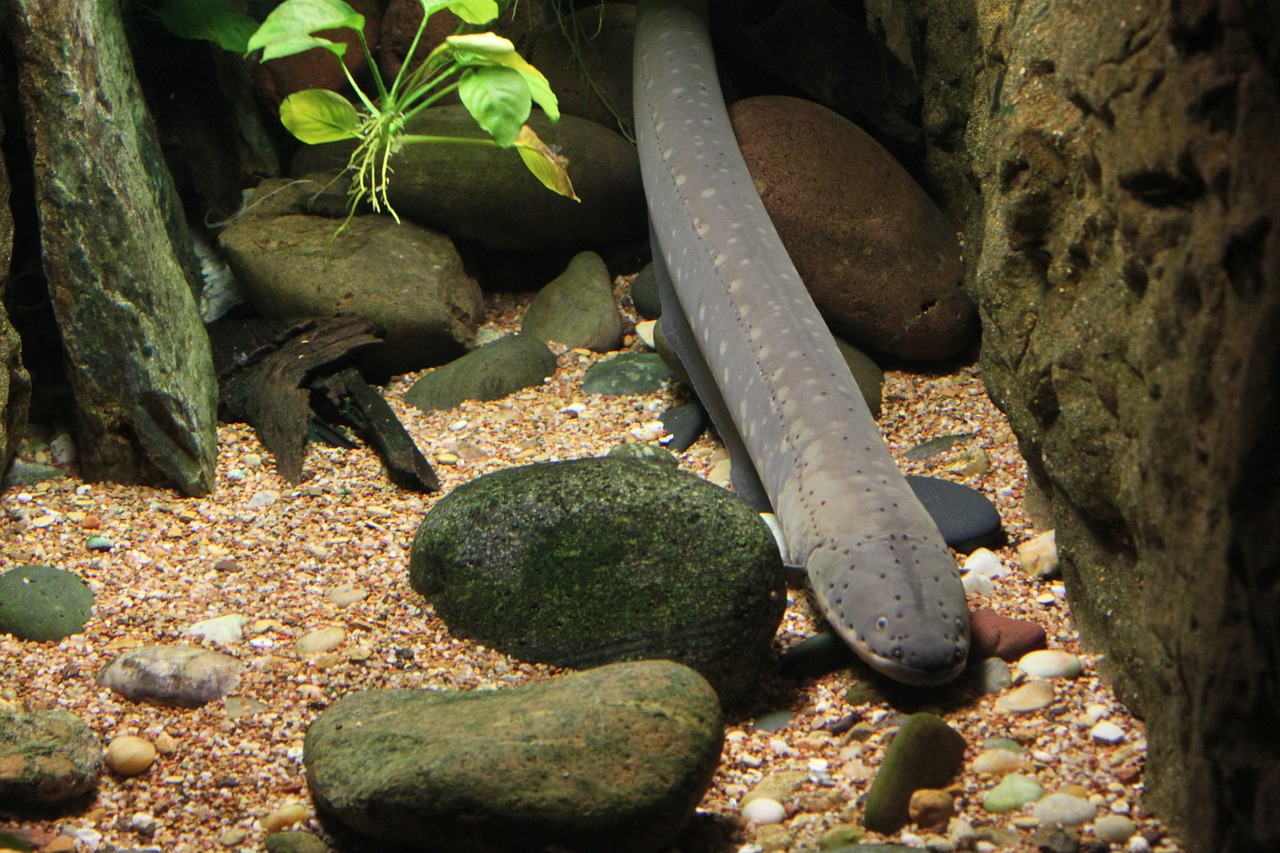 Visitors to the Tennessee Aquarium may be Shocked with the Wonder that an Electric Eel (Miguel Wattson) has been the Medium to Light Up a Christmas Tree in this Festive Season.

Eels can be of different types such as Electric Eel and Moray Eel, the natives to the brackish water of South America. Electric Eel has the ability to generate two types of electric organ discharges, such as high voltage and low voltage current. These two organs are naturally made of electrocytes, which is lined us so that the current of ions can flow through them. Moreover, Eels captivate their prey with the help of the electrolytes. This power also helps an Eel to save itself from its enemies.

According to sources, in the Tennessee Aquarium of the US, a unique system was connected with the tank of Miguel, which enabled its electric shock to power up the strands of light on the nearby tree.

“The rapid, dim blinking of the Christmas lights is caused by the constant, low-voltage blips of electricity which he releases when he’s trying to find food,” said Aquarist Kimberly Hurt.

He also added that the flashes are caused by the high-voltage shocks emitted by the Electric Eels when it is excited or it is consuming its foods. The electric transmission is caused by the excitement or fluctuation in the pulse-rate of the fish.

As per the news release, the aquarist Kimberly Hurt said Miguel releases low-voltage blips of electricity when he tries to find food. These blips generate rapid and dim blinking lights for the Christmas tree. The center director, Kevin Liska, said that the combination of electrical engineering and emerging business communication gave light to an Eel.

“Whenever Miguel discharges electricity, sensors in the water deliver the charge to a set of speakers,” says Joey Turnipseed, the audio-visual specialist of Tennessee Aquarium.

According to the NPR reports, the current of Miguel does not power the lights directly. The sensors in the tank of the Electric Eel jolts the light of the electricity when the electric current of the fish is detected. The marine flow and the fish current mix to form high voltage.

Usually, Eels produce about 10 volts of electrical currents in the water, and it is powered into the shocks up to 800 volts. This volt is generated by the eel when it finds its prey.

Sources reveal, Miguel is not the first Eel to spread energy in this festive season in 2019. In 2012, another Eel – Utah also had shown a similar trick in Japan to light up a museum with the power of the Eel Fish.

In September 2019, in the journal ‘Nature Communications,’ it was mentioned that the Electric Eel should be divided into three species. After that, the category of the fish was divided by the voltage they produce, and they are capable of producing 860 volts.

The researchers have found out that the amperage of the power is relatively low. An Electric Eel can produce the high-volt ability to hit a human with a full-power jolt, which is precarious. So, intermediate fishkeepers are only suggested to keep this fish in their aquarium, as Eels are not a beginner-friendly species.

This new innovation may shock the visitors of Tennessee Aquarium by hearing that a fish is a source of lighting an entire Christmas tree. As per sources, the electrical engineers have researched and found the primary mode of lighting which starts from the pulse-rate of the Electric Eel. The team of Tennessee Aquarium hopes that the Christmas tree will be a robust appreciation for different kinds of Eels. May the love sparks in the tree with the power of this unconventional fish.