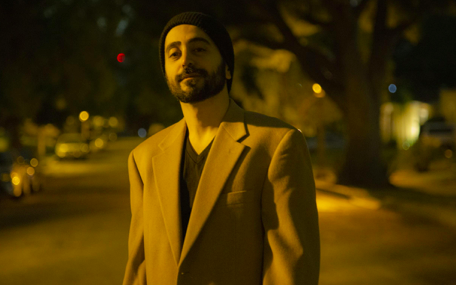 After gaining hundreds of thousands of fans on streaming platforms like Spotify, Los Angeles based Vin Bogart continues his string of philosophically themed releases with his new single “Songs For You.” It is the first track from his upcoming untitled EP, detailing a closer look at the rising star’s spiritual journey. Drawing on the influence of folk, hip-hop, and electronic music, Bogart is charting new territory with the diverse sounds he is fast becoming known for.

The trilogy of EP’s titled “The Way” marked his foray into a multi-genre approach, combining a range of sounds that might otherwise be scoffed at when placed in one sentence. Electronic and folk trap are some of the words used to describe the mix of sounds the multi-instrumentalist producer songwriter has put together. But underneath the unique blend of sounds lies a deeper message Bogart’s fans are firmly standing behind.

Crooning “calm me, slow me, baby knows what I need” and “slow darling… won’t you get me out my head”, Bogart yells out to a symbolic figure representing what he states is “loving-kindness” as taught in various spiritual teachings. The song transforms into a spiritual journey about finding yourself in the midst of life’s suffering.

Heavily influenced by Buddhist and Christian philosophies, the song borrows blues based storytelling to weave a journey of one man’s trek into finding himself, which is a common theme in Bogart’s string of successful projects. “The devil came, the devil don’t go, yelling in my ear when I’m saying ‘I know’” are the words of an ego gone haywire, being tempted by the arrogant nature of the ego itself. He concludes that his “darling knows” what he needs, teaching us the importance of loving-kindness as our guide.

Strumming the acoustic guitar wildly while the hip-hop, trap drums kick in, Bogart’s production really highlights the unique blend of sounds he is able to seamlessly weave together to create a very unique sound that stands on its own. Combined with the crooning vocals, the charismatic artist is carving out a sound that is sure to open your heart and pump it with adrenaline as the chorus, more akin to an electronic drop, energetically enters your eardrums. With headphones tightly in place, it is an experience that shouldn’t be missed.