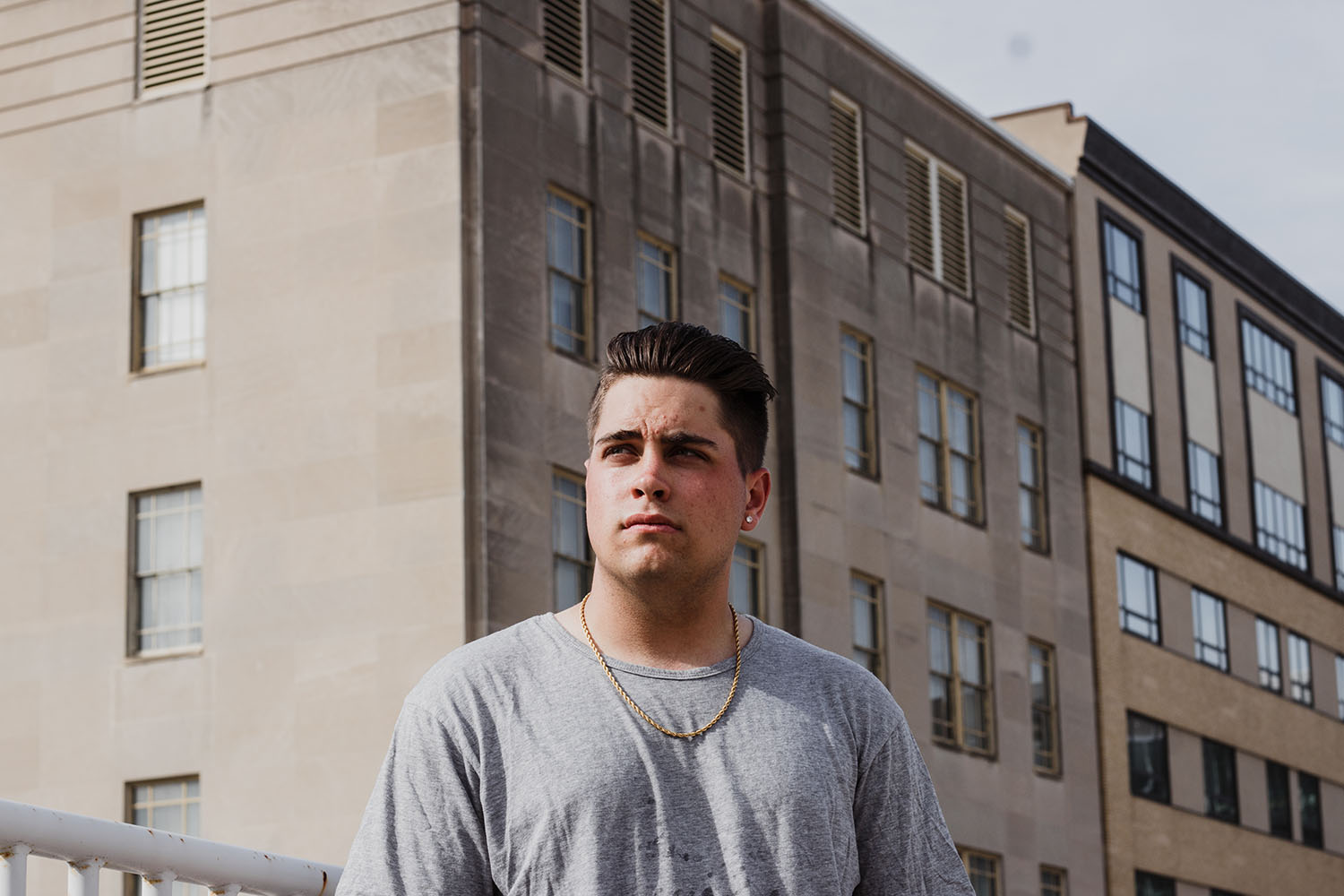 Christian Jon Anderson (born June 15, 1998), who uses the stage name Trust’N, is an American singer, songwriter, rapper, producer and entrepreneur. Despite currently living is Wisconsin, he has been able to make some major progress in his short time as a recording artist.

Trust’N was born in Milwaukee, Wisconsin and was adopted into a family in Madison, Wisconsin. He lived with 2 older brothers and a twin sister. While attending Middleton High School in Wisconsin, his focus shifted from sports to music. His love for music developed at a young age when he started listening to hip hop. He started rapping at the age of 16, free-styling in the car with his friends and after encouragement from his peers he started writing, producing and mixing his own music. His music often expresses how he has faced anxiety, depression, and suicidal thoughts that stem from childhood experiences of bullying and more recent experiences with heartbreak. This has allowed him to connect on a deeper level with his audience.

Although his music is fire, what we found most interesting about Trust’N was his motto of being a “Lost Boy”. He describes being a Lost Boy as someone who stands out from others and doesn’t care what other people think of them. He gave the example of being a music artist. He recalls his early years as an artist when “no one listened to (his) music or believed” in him. He described the feeling by saying “When I first started releasing music no one believed in me. To them it was weird. I was just a white kid who was trying to rap and no one took me seriously.” He said, “To them I was lost, but really I was at home. I was right where I wanted to be. Where I felt comfortable. They didn’t understand but I knew I was going to be great so I didn’t give up. And that is what being a Lost Boy is. Being creative and doing what you want without thinking about or caring about anybody’s opinion of you.”

And good thing some early doubt from his peers didn’t stop Trust’N. Now as a 21 year old, he has amassed a massive following for his music. This month Trust’N topped almost 200,000 monthly listeners on Spotify and has over 5 million across all platforms. His collaborative album “Lapse” with BKWDS charted at #12 in the iTunes Hip Hop Charts. A very impressive achievement by an independent artist. On top of all that he is balancing his music career with college. He said, “Most people don’t understand I am a full time student and recording artist.” As a parent you’d think a kid who is maintaining a 3.6 GPA in college and getting millions plays across all platforms would be a dream come true. Trust’N has done just that, making the dean’s list each semester at his college. He truly is a “Golden Boy” being so successful at the age of 21.

Insights into the Life of SK David Baby, the Upcoming Artist in the Rap Game