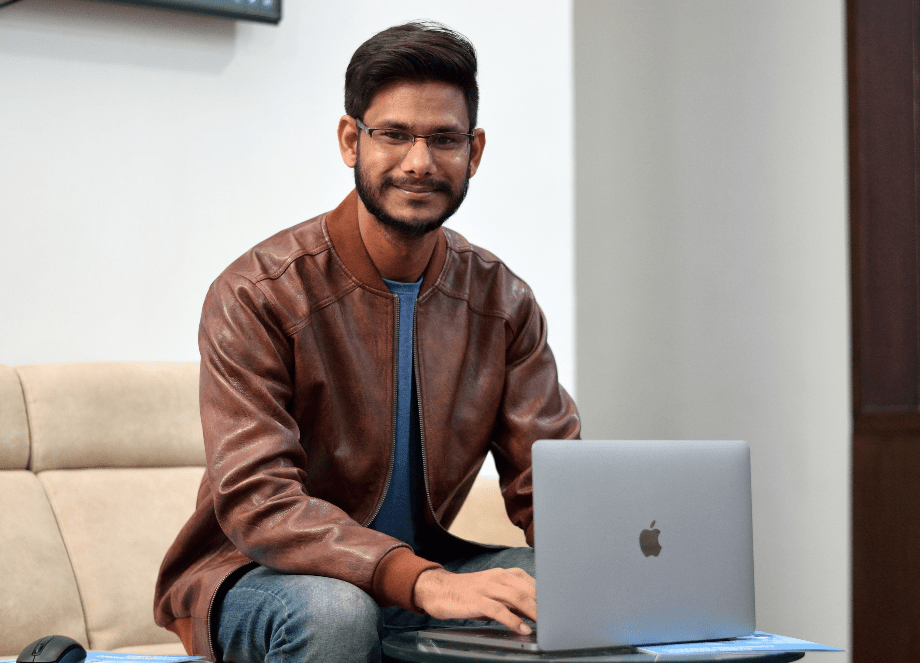 Hackers loom large in people’s imaginations often because of film and TV depictions of hooded figures typing furiously to crack into some top-secret vault somewhere.

Gautam Kumawat has become an inspiration for all those people who want to fulfill their dreams in life with minimal resources. The 23-year-old young self-trained ethical hacker & cybersecurity expert has been offering cybersecurity training to intelligence agencies, police personnel, and students all over the globe. Gautam Kumawat once rejected for the admission in school but he didn’t allow that to come in the path of his progress.

Due to his curiosity for ethical hacking and the internet, he dived deep into the computer world to learn various concepts related to solving cybercrime problems. Gautam didn’t spend his childhood in a good manner and faced a scarcity of financial as well as other resources. He didn’t have much interest in studies but his deep passion for learning hacking helped him become an exceptionally talented hacker in today’s time. Without taking any professional training, he learned everything on his own by utilizing the online sources on the internet in the best possible way.

Gautam Kumawat started working to solve cybercrime based problems at the age of 12. And when he reached 16, police and intelligence personnel approached him after learning about his exceptional talent for solving complex cybercrime cases to fight cybercriminals. Through cybersecurity editing, Gautam Kumawat also gives advises to multi-national companies related to cybersecurity. By his EduTech venture HackingFlix he is following his passion for teaching to enhance engineering students hacking capability.

Organizations like the financial institutions to airlines pay him to break into their systems and identify vulnerabilities that criminals could exploit. He says he’s never encountered a system he couldn’t infiltrate. He is building inner circle hackers army to defend any cyberattack on India “its an army of free-thinking techies.”

In addition to his, he audits products of many MNCs and giving security services to fortune companies. the young cyber expert has also given cybersecurity training to Interpol as well as New York City Police. Due to his intense efforts to make his country self-dependent on cybersecurity, Gautam Kumawat has received over 300 awards for his immense contribution. Recently he was felicitated by the prestigious Karmaveer Chakra Award and REX Karmaveer Global Young Leaders Fellowship at IIT Delhi.