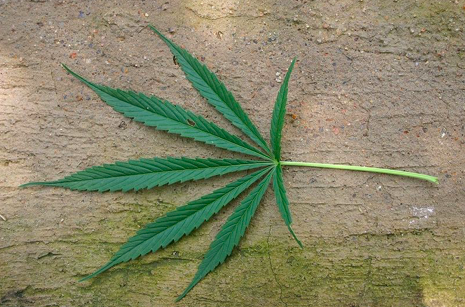 Talking about marijuana is still a taboo in Brazil and many other countries around the world. But, when it comes to cannabidiol, however, the tone is a little different. In North America hemp companies like Veritas Farms, Inc. (OTC: VFRMD) are already proving just how lucrative CBD can be.

The potential and strategies of the cannabis market were the subject of a chat at the LATAM Retail Show, held in São Paulo (SP) from August 27 to August 29. The conversation was mediated by the journalist Valéria França. She addressed international examples and possible strategies to stimulate the release of the substance in Brazil. The potential markets are not limited to the pharmaceutical and cosmetics industries.

For José Bacelar, president of VerdeMed, “taking off” cannabidiol (or CBD) from what is known as marijuana can be an effective step to make the discussion more favorable. In the U.S., he explains, one way found by the federal regulatory agency was to remove it from the list of banned substances.

From this measure, Congress was able to propose a treaty that authorizes the cultivation of hemp, a variation of cannabis that has CBD, but has low levels of THC (responsible for psychotropic effects). “The separation between medicinal and recreational use is one of the great challenges to demystify the plant. We don’t need to talk about marijuana now to find a way forward,” he says.

American companies are already reaping the benefits of Trump’s Farm Bill. For example Veritas Farms (OTC: VFRMD) just announced that, on the 5th of October, the company expanded upon three key areas of its product portfolio with a focus on tinctures, balms and oils. The company generated more than $2.9 million in total revenue by Q2 2019, that’s a 500% increase year on year, with gross profits skyrocketing by almost 800% to $1,523,413.

Bacelar was one of the Brazilians who bet on the most advanced level of other countries to explore the market. VerdeMed, a company headed by him, is based in Canada and works on the development of two CBD-based drugs. While the Brazilian market does not open, a business unit based in the U.S. intends to export medicines for Brazilian patients with medical indication – the model allowed today.

The scientist and entrepreneur Gabriela Cezar, CEO of Panarea Partner Inc., bet on Uruguay. The company she runs maintains a 2,700-square-meter plant and works on the construction of another 19,000-square-meter plant with laboratories. The proposal is to enclose the whole chain, from the research to the exportation, attending inclusive other companies interested in the niche.

Side by side with Canada on the issue of liberation, Uruguay, according to her, has another advantage: a free zone policy that zeroes the tax on equipment. In relation to Brazil, the proximity and connection to Mercosur are also advantages. For her, the great challenge of this industry has to do with quality control. To work with the use of cannabis in medicine and even in cosmetics, companies need to develop deep research and rigorous quality tests. “There’s a variability between plants. It is necessary to know everything from the concentration of the molecules up to their genetic characterization.

The executive remembers a public consultation realized recently by Anvisa to evaluate the possibility of allowing the cultivation of the plant in Brazil. The results are foreseen for November. According to her, the liberation would stimulate a market with a lot of potential.

André Steiner, founder and CEO of White Cloud Mountain Quantum Cannabis Jamaica, has a similar vision. Headquartered in the Caribbean country, the company maintains a partnership with an American company to adapt the application of cannabinoids to the genetic profile of each person. The business, on the other hand, maintains a less conservative view of the effects of substances such as THC.

“By 2025, the cannabis market is expected to reach $200 billion in sales. I believe it will be even more, because, besides medicine, it has invaded markets such as cosmetics, beverages and food,” he says.

According to Vinnicius Vieira, partner of Hiria, the possibilities go even further. Vinnicius thinks that the potential of the market has even stimulated niches such as that of fintech. “As some institutions cannot invest in these initiatives due to issues such as compliance, these start-ups have sought to understand how they can support initiatives that involve the CBD,” he says.

The construction and clothing markets are other less obvious niches. In such cases, the plant fiber can be used instead of traditional materials. “If Brazil had the same regulation as countries that already allow exports, the projection is that we would have a possible market of R$ 45 billion. Brazilian businesses will be hoping that their government catches up U.S. and swiftly implements CBD friendly regulations.

Toyota is Planning to Hire 4800 Workers in 2 States

Raman dandyan, the founder of Raman Dandyan Marketing Inc is already a star in digital world