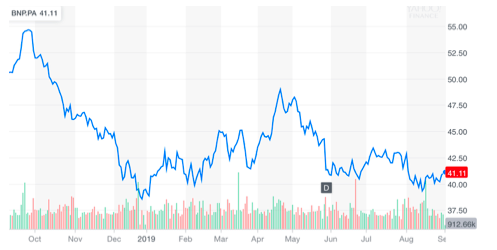 Despite the ongoing trade war between China and the US, US capital inflows increased by 65.6 percent in the first quarter of 2019. The increased investment from the United States is highlighting confidence in China’s economic growth. The total foreign investment in China hit $36 billion in the first three months of 2019. This is an increase of 6.5 percent as compared to the same period of the last year. The manufacturing industry is playing an important role with a foreign investment of $11.2 billion which is a rise of 12.3 percent in each year.

The flow of International capital is decreasing but foreign investment in China fund is maintaining stable growth. This shows that international investors are showing confidence in China funds’ economic growth and the country is also giving approval of the investment environment in its regions. Ministry of Commerce spokesman Gao Feng released preliminary data on April 18 that showed US investment in the first quarter of 2019 rose by 71.3 percent.

Electronic carmaker Tesla and luxury carmaker BMW in Beijing are attracting foreign investors in the country to maintain its place in the global supply chain. President Xi Jinping said at the Belt and Road Forum that China will open its market more for foreign investors and will keep its promise on Intellectual property protection. Apart from the United States’ investors, other investors from different parts of the world are also showing their interest to invest in China despite the US-China trade war. After the US, Germany is also showing an increased growth of investment in Chinese Companies.

Do you know that you could make $1700 in a month without owning a single piece of physical property? Learn about how Brother Ben X Digital Real Estate program is transforming the lives of hundreds of students.