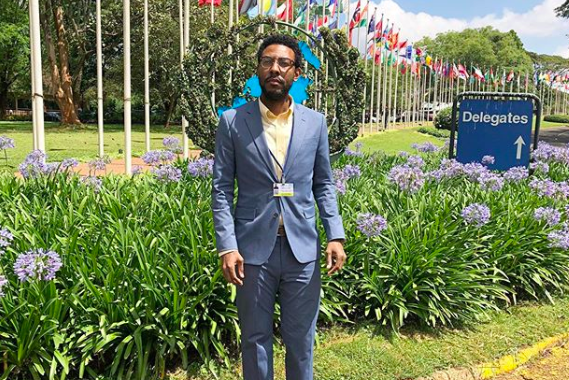 TrevMoMatic is consistently raising the bar and for that he is getting quite popular for his musical work. His confident style of rapping is enabling him to make songs in multiple genres ranging from hip-hop, trap, electro-pop, and afrobeats. TrevMoMatic’s songs are not only providing entertainment to his listeners, but they are also involved in conveying messages on various types of causes and global issues. His humanitarian efforts are closely linked to the advocacy he presents in his music.

After seeing his enthusiasm for the social causes, many United Nation agencies and NGOs are coming forward to sponsor his upcoming music projects. Recently, he has collaborated with the Bill & Melinda Gates Institute, Women Deliver, Pathfinder International, and others. TrevMoMatic is staying in New York and has made strong networks in many countries around the world as a result of his international development work.

Some of his current songs include “Almost”, “We Are Family”, “More Than Love”, and “Show Me (Soco remix)”. Some of his songs are aimed at addressing social causes, but most are based on his own life experiences.

Throughout his career, he has worked with many popular artists such as Yvonne Chaka Chaka, Xenia Franca, Avril Nyambura, Navz-47, Butera Knowless, and Otuck William as well as unofficially working with Wizkid on the Soco remix. TrevMoMatic really believes in putting lots of time and dedication towards his craft. He is working on several upcoming projects to spread his musical appeal globally and because of this he is increasing his fan following quickly and emerging as a prominent international rapper.

Massage Therapies are helping to Boost Health, and More People are Adopting them