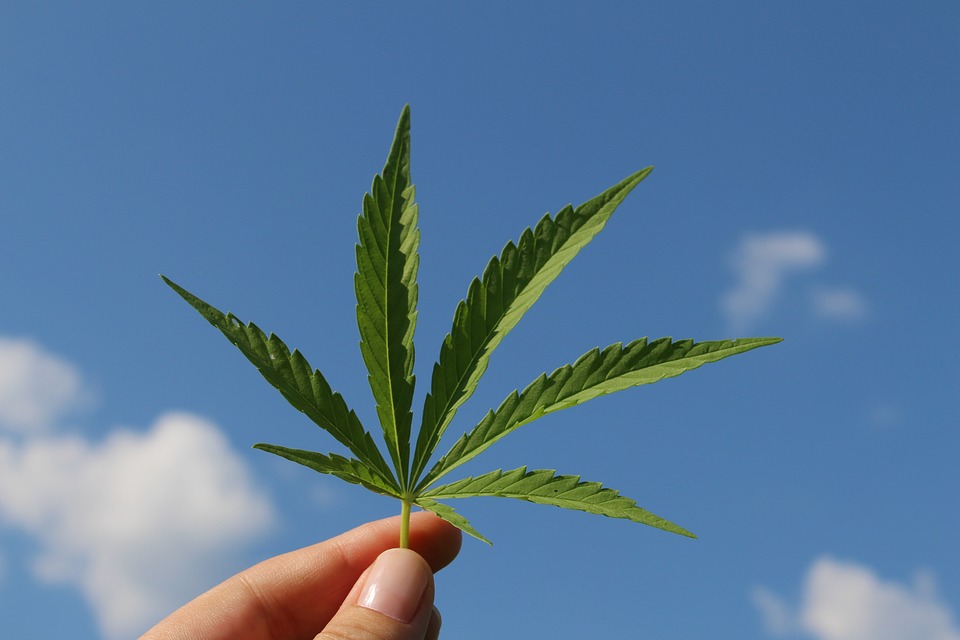 The use of cannabis for medicinal purposes is already permitted in Luxembourg. Additional European countries are expected to follow suit.

Etienne Schneider, Luxembourg’s Minister of Health, announced his intention to turn Luxembourg into the first European country to legalize the production and consumption of Cannabis, reported “The Guardian” a few days ago. The Minister also encourages other European states to relax their legislation.

Etienne Schneider told the American media “Politico”: “The policy of the last fifty years on cannabis has not worked. Banning cannabis has made it even more intriguing for young people.”

North America (Canada in particular) has seen widespread legalization of cannabis with multiple US states following suit, with Colorado being the first mover. In the state’s capital (Denver) for example, a small, public company has quietly been making waves in the field by becoming America’s first CBD restaurant stock.

West Coast Venture Group (OTC: WCVC),  is a restaurant operator that is grabbing the industry by both horns and intends to capitalize on both investors’ and consumers’ appetite for “anything cannabis and CBD (cannabidiol) related. The company’s Illegal Burger Writer Square location in Downtown Denver is on pace to exceed $1 million in sales this year while a second location (CitiSet) is on track to exceed $700,000 in sales in its first full year of operations.

During the course of 2018, West Coast Venture Group company earned $3,054,623 in revenue and saw consistent year-over-year growth. And it expects this trend to continue well through 2019 and 2020. The first quarter of 2019 already saw year-over-year revenue growth of 21.55% in what is traditionally a slow slow quarter in the restaurant industry.

To further its rapid expansion, the company also recently announced the launch of its Illegal Pizza franchise, and opened its first location on June 19, 2019 in Fort Lauderdale, Florida. This location is expected to generate around $700,000 in revenues within the first year of operation, and it will be the first of many Illegal Pizza locations across the country.

Back in Luxembourg, if cannabis legalization is successful, Luxembourg citizens over 18 years of age will be able to buy and consume cannabis for recreational purposes within the next two years. The State also intends to regulate the production and distribution of cannabis through a dedicated agency. However, minors aged 12 to 17 will not be punished when found in possession of 5 grams of cannabis or less.

A bill detailing the types of cannabis allowed for sale and the amount of tax that will be imposed on cannabis must be disclosed within the year.

A recent feature in France’s “Le Nouvel Obs” painted a similar picture across the border in France and hinted at the fact that France must put an end to the status quo and proceed with the legalization of cannabis (for consumers over 18 years of age), whether used for therapeutic or recreational purposes.

The story made a few compelling points highlighted below.

While France’s neighbors (Belgium, Germany, Spain, Portugal, Netherlands…) have all relaxed their legislation, and while Canada, Uruguay and several American states have legalized the substance, France is lagging behind. The country is bogged down by a repressive law dating back to 1970, which is totally ineffective since France is the country in the European Union with the highest cannabis consumption rates.

Between the ages of 18 and 64, one in two French people has already experienced cannabis, and one in nine adults is a regular user. At age 17, 48% of young people have already consumed the product. At the same age, almost one in ten has become a regular user and one in twelve is considered dependent or suffering from a problematic use.

From a public health perspective, this prohibition seems difficult to justify. Cannabis is less dangerous than alcohol, which kills 41,000 people prematurely each year, and tobacco, which puts an end to the lives of another 73,000 French citizens annually. Cannabis may not be a neutral impact product, but it is precisely because it is harmful to health, and particularly that of minors, that the country should control its production and distribution.

Prohibition contributes to an unnecessary burden on the activities of judges and police officers: more than 130,000 people are arrested each year for consuming cannabis.

In the United States, legalization in several states has reduced crime along the Mexican border by a wide margin. When will France agree to face reality, and be pragmatic in the face of this impasse? Public authorities must act. And they must do so quickly.

Demand For Cheese Made Products is Increasing in Sri Lanka

Salt Water Gargling is Proven Beneficial for a Sore Throat