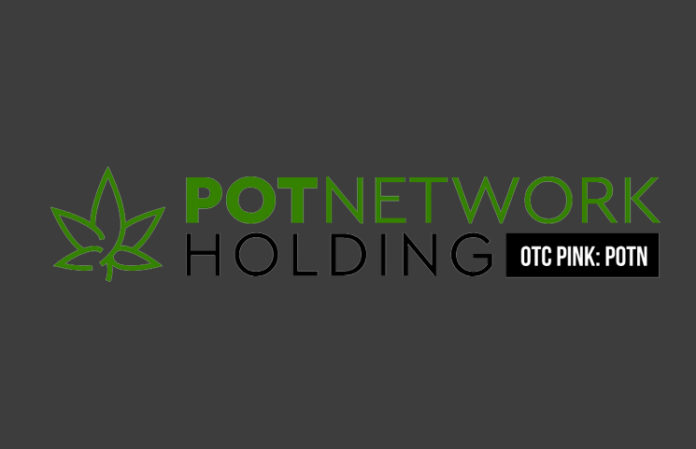 Another estimate placed the market’s worth nearer to $77 billion by 2022. That number is easily comparable to the combined GDPs of Idaho and West Virginia in 2018 which was at more than $77 billion in 2018.

With big market numbers, many cannabis companies are scrambling to get a piece of the action, offering investors more opportunities than ever before. One up and coming player is taking the old adage “dress for the job you want” very seriously. PotNetwork Holdings, Inc. (OTCMKTS:POTN) has set itself apart from many OTC market stocks by taking the step of becoming a fully reporting entity.

PotNetwork Holdings has voluntarily filed what the market calls Form 10 registration statement in May this year. Its application has been made official starting Jul 9. This means that moving forward, the company will make public its annual, quarterly, and current report filings as stated on the periodic reporting required by the SEC in accordance to all federal law and regulation.

PotNetwork Holdings is a relatively young company established in 2015. The company operates via a network of highly specialized subsidiaries. Among those are the First Capital Venture Co, the Diamond CBD, Inc., and PotNetwork Media Group, Inc. which is the publisher of PotNetwork News and PotNetwork Magazine.

Being a fully reporting entity places PotNetwork Holdings alongside bigger cannabis participants of whom quarterly and fiscal year reporting are highly anticipated by investors, analysts, and other stakeholders. The company has positioned itself in the rank of Canopy Growth Corporation (TSE: WEED), Aurora Cannabis (TSE: ACB), and Tilray (NASDAQ: TLRY) when it comes to compliance and transparency.

Financial reporting is the market’s glimpse to a company’s resources such as cash flow, receipts, disbursements, income statement, and balance sheet. It is an overall view of a company’s business performance.

In the case of PotNetwork Holdings, compliance to financial reporting standards means that the company can move forward with its application to OTC markets and consequently uplist to the OTCB market tier.  Most importantly, it openly demonstrates the company’s serious commitment toward having open communication with both its existing and future investors.

“This step represents a formal commitment to shareholder transparency while at the same time helping to facilitate the upscaling of the Company,” Kevin Hagen, CEO of the company, said in a statement.

“By voluntarily becoming a fully reporting SEC company, we believe that we are increasing shareholder value and significantly increasing the options of the Company for expanded long term growth,” he added.

For investors, this means that PotNetwork Holdings could be their next bold step in entering the multi-billion cannabis industry.

How Guest Posting is Affecting Websites and Businesses

Domus to Market Civic Education for the Rendell Center