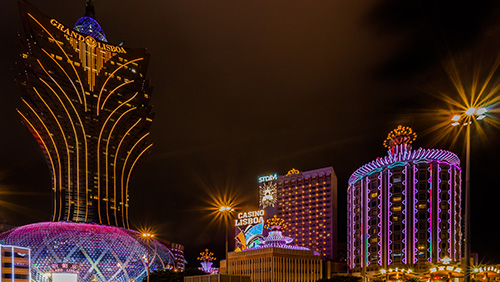 With the booming gaming business in Macau, casinos have made a new tradition. And in Macau there is a new tradition in the gambling industry. Those working in the industry receive end of the year bonuses. It is a way in which the casinos keep their top employees glued to them.

The new tradition of the mid-year bonus started when the gaming industry did well in Macau. It is an incentive to keep the hard working employees working. And the gaming business in Macau did well for several years. But this year there is downturn in the industry.

This downturn in the industry kept the casinos from giving their employees the promised summer bonus. But all the employees want it. Normally this bonus is equal to one month’s pay. And they receive it at the end of the month. But as it happens the casinos withheld the mid-year bonus.

And as a result, Last Friday, the New Macau Gaming Staff Rights Association (NMGSRA) sent a letter to Macau Government. The letter asked the government to put some effort and force the casinos to pay the bonus.

Cloee Chao is the principal of the NMGSRA. And she said that the mid -year bonus started from 2014. The casinos announced the payment of the bonuses before the end of June, every year since. But this year due to the dwindling business they were unable to do so.

Choo said- “According to what we saw in the past year. The casino operators usually announced in June their mid –year bonus pay out to staff. But so far (this year), we didn’t hear anything of that.” The NMGSRA wants to ask for a fourteenth month salary every year, which means it will include the two bonuses- end of the year and the summer bonus.

The first one in business to do so is the SJM Holdings, which give a 14 month salary. And they call the bonuses as “living subsidy”. SJM’s initiative stays relevant till 2020. Every employee receives a casino bonus depending on his/her position in the casino.

2019 is a tough year for Macau. The GGR- Gross gaming revenue was down in January and March. The story was same in April, but in May, GPR increased by 1.8%. But if we see the year to year growth, the GGR decreased by 1.6% this year. In five months, the GGR was only $15.52 billion.

Choo, who is the representative of the casino workers, thinks that the casinos are still making a lot of money. And the gaming operators still earned huge profit. So, they should give out the bonuses to the staff.

Automakers are Introducing Car Leasing Services on a Large Scale