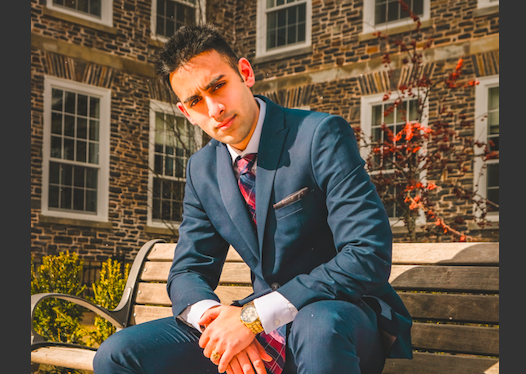 Nadernejad specializes in reputation management. “When somebody has negative media published about them, I’m alerted immediately and intercept it,” says Nadernejad.

He sets up Google Alerts for his clients and knows when somebody published negative content about them or their brand, but that’s not all he does. Sometimes it’s more than a bad company review or negative blog post.

Nadernejad says: “Clients sometimes destroy their own reputation before they find me. Some of them have been sued or broke the law when they were younger. They want to turn their lives around now, but they can’t because the negative media is haunting them forever.”

That’s when Nadernejad springs into action and creates a plan to turn things around.

“It always starts with an interview. I have a conversation with my client and find out what makes them tick, what makes them a good person and what their passions are,” says Nadernejad.

He organizes a PR strategy and begins publishing positive, but relevant content about them and their brands to outrank negative Google links. He will also contact the editors of legacy media and large newsworks to get articles removed that don’t adhere to journalistic standards and principles.

Nadernejad is a soon to be journalism graduate in Halifax, Nova Scotia. “I have experience from within the newsroom and as a PR person. I combine that with a solid understanding of people and marketing. That’s how I get my clients results.”

Reputation management is an aspect of marketing and PR that many people don’t consider. It’s a specialized market that Nadernejad says he’s confident he can rise to the top of. “There’s a massive hole in this market. People and companies are looking for people who are great at managing reputations and suppressing negative media,” says Nadernejad.

It was just last summer that Nadernejad worked with a Chinese education company valued at over $1 billion. He says they found one of his YouTube videos that linked back to his site. “You have to put free value out there and people trust you to help them. Once they get what you’re saying and see you understand their struggle, you’ll turn that person into a client fast.”

Nader says online reputation management (ORM) gives him an added sense of purpose. “You’re literally changing people’s lives. People who weren’t able to get employed can now have job. In fact, some people end up leveraging the positive media to make more than they were making before. They get hooked on what positive media, testimonials and public opinion generated through PR can do.”

To learn more about Nader Nadernejad, you can visit his marketing agency at: www.nadernejadmedia.com

Hemorrhoids can now be Managed at Home Using Simple Ways