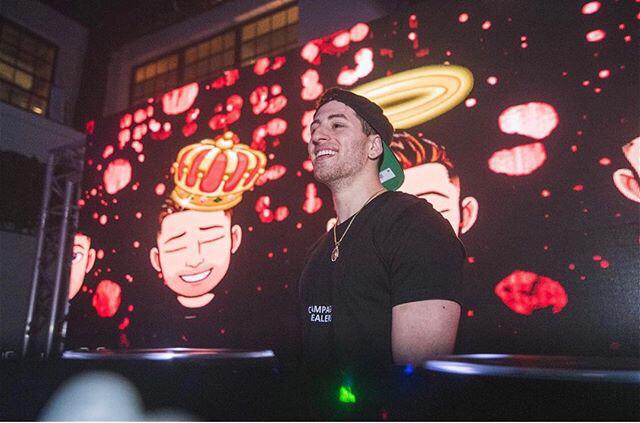 A journey of a DJ who once had a stage fear is now playing live in front of over 15,000 people. We are talking about Jordan Miller, the young musician from Orlando Florida, who loves to make people dance on his DJ beats and is courageous enough to play at any party with his lovely taste of music. But it definitely is an enormous challenge every time he plays music.

Jordan has taken every place by storm with his music in recent times. Many of them have experienced his talent in some of the biggest nightclubs, concerts and other areas. He is a genius when he is on the floor with his music beats. He gives goose bumps to all the party lovers and provides them with a piece of new music which they have never heard before.

DJ Jordan is becoming a big name in the world of EDM music. He not only makes people dance with EDM, but can also make your money worth with his other instruments like Guitar, saxophone and singing. He is a multi-talented person who loves every form of music.

He is now focusing on making his albums. Recently his Mafia song got a massive response on YouTube. He is planning to release more songs in 2019, which we believe will give him further popularity than ever. He has become a celeb with a huge fan following on Instagram and other social media platforms too.

We feel his time has come now, where people want to see more of his music, style and singing. We will see him taking part more in one of the biggest nightclubs, concerts and festivals this season.

Jordan Miller wants to make his name worldwide with his music. He wants to make his name like his idols Martin Garrix, David Guetta and he also wants to share the stage with them. Jordan Miller is a perfect example for any young DJ, who want to know how to develop oneself with hard work and believe in the DJ world. Jordan plays stuff he loves and most people like it too. He reads the crowd’s feeling well which has helped him to get success everywhere at a young age.

Jordan Miller is getting rewards for his talent at a young age, and we will see him achieving more success in his life all thanks to his EDM music.