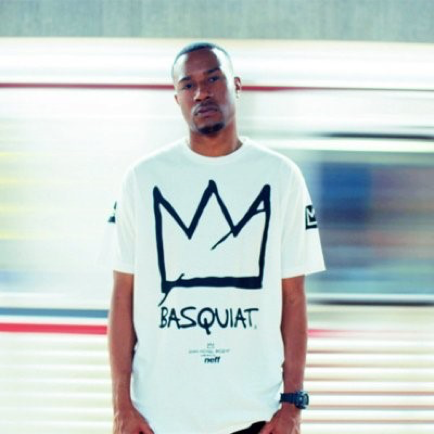 Los Angeles, USA – Revelation was brought up in Louisville, KY’s Westend home of Cassuis Clay (Muhammad Ali). He later on moved to Los Angeles’s south central overhills and Slauson area to pursue his career as an actor, working on music video sets.

Revelation took his inspiration from the people that belonged to his home state like KY Engineering from Lexington, KY engineered for Lil Wayne, Static Major and R. Prophet (Nappy Roots). Revelation aspired to be an engineer but started out as a sample based producer, using resources like the site hiphopisread.com and the Kevin Nottingham Music blog to study the art of beat making. His music was further influenced by artists like Jay Z, Nas, Tupac, Notorious BIG, Master P and the 5 Percenter Culture. Revelation refers to himself as a new age, conscious rapper. He has a mission with his music – to spread conscious enlightenment to the inner city communities through the knowledge of self.

On January 17, 2014 Revelation released his debut EP Now’s the Time recreating the famed Now’s the Time painting by Basquiat introducing his Revelation 13:18 x Basquiat brand. Later that year on August 12th 2014 the day of Basquiat’s tragic death Revelation released self produced “Old School” featuring the late, world famous graffiti-writer turned painter, JeanMichel Basquiat. Revelation, also a graphic designer, was influenced by Jean-Michel Basquiat because he touched on different topics in his paintings from racism to politics. Revelation on that day also released Revelation 13:18 x Basquiat EP instrumental album sampling music from Basquiat’s experimental music band Gray graphics for the EP were designed by the rapper/designer re- creating a Basquiat like painting saluting Hip Hop. Highlighting Basquiat and his influence on Hip Hop Revelation also released Now’s the Time 2-EP and Beat Bop the instrumental LP. Beat Bop was considered the holy grail of hip hop songs produced by Basquiat. Basquiat used social commentary in his paintings to create a conversation which is timeless and that is the same message that Revelation tries to convey in his music. Basquiat’s love for of hip hop and graffiti art was the sole reason he rose to prominence very quickly; becoming the only American artist to sell artwork in the upper 100 millions of dollars. Basquiat was a rebel at heart who always wanted to showcase Blacks as protagonist because he wanted to change the perception of Black people.

His song Old School feat. Jean-Michel Basquiat and his Revelation 13:18 x Basquiat brand would go on to inspire a musical based on the life of Basquiat which is the focal point of a new Broadway bound show composed by Jon Batiste, band leader and musical director of CBS’ The Late Show with Stephen Colbert. The project was recently announced by producers Alan D. Marks and Barbara Marks, with Tony winner John Doyle set to direct.

Revelation 13:18 is currently working on his debut Conscious Hip Hop album titled Hollywood Afrikans inspired by Basquiat’s Hollywood Africans painting taking a more political and conscious approach paying homage to the New Afrikan movement changing the spelling of Africans to Afrikans with a K. This album will be released under his new record label clothing and lifestyle brand founded by him Knowledge + Wisdom = Understanding Inc. Revelation 13:18 comes from the same principles and tenants as Jay-Z, Nas, Rakim, RZA and other hip hop legends indoctrinated in the 5 percenter ideology. Revelation’s music is a tribute to the culture.

Omar Al Mohammed: The man behind the creation of first voice-controlled smart home in the Middle East