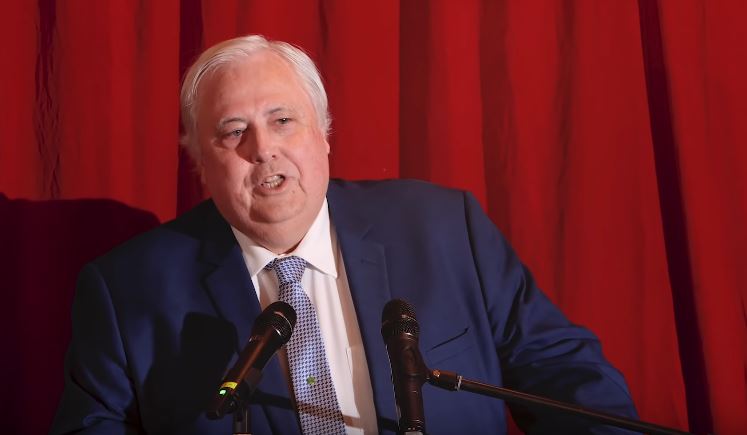 CANBERRA – United Australian Party’s Clive Palmer has made new headlines by sending a warning message to Australian people regarding a threat on their freedom. Although there is no clear understanding of why such alarming text messages were sent to Australians. Clive Palmer has been spending millions of dollars on costly television advertisements, text message spam, billboards and a bizarre online game called The Humble Meme. Many popular personalities have taken their support back for him and everyone is ridiculing his act of sending SMS messages in this peculiar manner.

“Your freedom is under threat,” today’s text reads, urging recipients to “watch Channel 9 between 7.20-7.35pm … for an important 2-minute announcement”.

There is no clue about the threat or an announcement which is mentioned in the message. But Clive Palmer has not received any appreciation for sending such messages and people are calling it an attempt of his election campaign. After receiving the message, some people thought it had come from the State Emergency Service. And when they tried to block the source which sent temporary SMS online for free, it could not become possible to do so. Both UAP and Clive Palmer refused to comment on the incident and everyone considered this as a cheap strategy of Palmer for campaigning to win votes.

When people visited the official website of the UAP in the afternoon, they found that the site was down which might be because of the overload of too many visitors. The phone number was also not reachable as it was engaged. Also, when Australian managed to log in on the official website of the party to know about the national policy information, there was no significant information available on the website. The national policy page had not been updated since the last election. But various Twitter accounts of the UAP which posts the odd TV ad, Twitter threads were updated on the website.