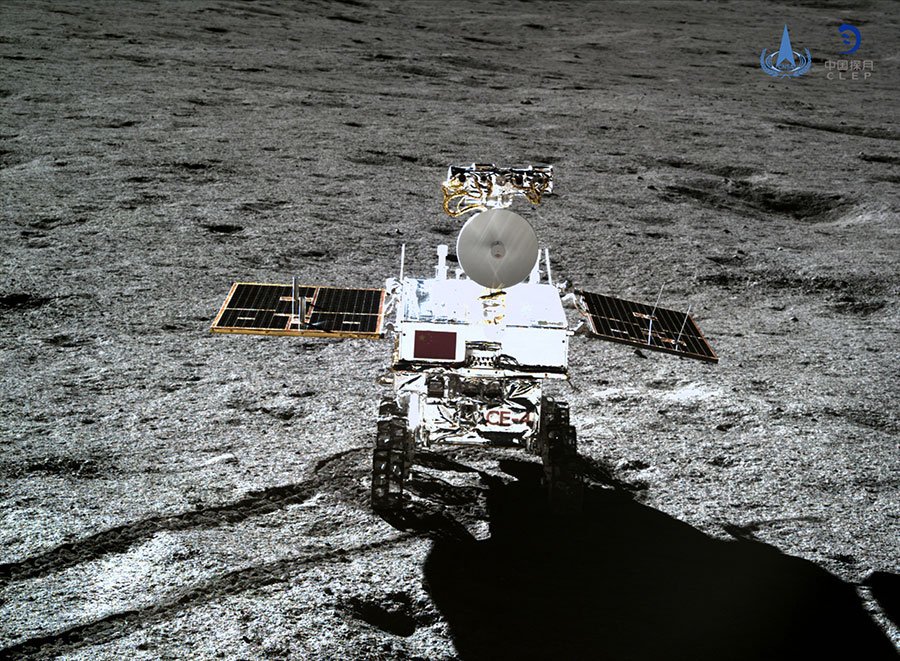 The images which were captured by the camera aboard Chang’e 4 lander, show the never before seen details of the far side of the moon. In the set of images, the panoramic view of the lunar terrain, a snapshot of Yutu 2 rover, and a fast video from the craft’s descent camera showing its landing were released by the China space officials.

In the video, the Chang’e 4’s landing is shown in a pacy manner. Although the original video was of 12-min, Chinese officials presented it at a speed of 2.5 times that of the original one. The orbiting of the craft as well as its descending movement into the crater, which is covered by moon dust, is shown in the video.

The earlier images released were taken by Yutu rover 2, which simply showed Chang’e 4 lander. In the image, the sharp shadow cast on the bright lunar surface by the antennas on the craft’s low-frequency radio spectrometer was shown. In another video, the exploration of moon’s far side surface by Yutu 2 rover was shown. Yutu 2 rover is capable of penetrating ground with the help of its radar and it can study the many layers of the moon below its surface. This would help it to study the soil composition on the moon’s surface.

With the passage of time, more data will be supplied by Chang’e 4 to the Chinese space officials. The solar-powered craft will come into effect after the sun would change its position. Currently, it has set its location on the moon. It would take a time-period of 14 days for the sun to return to its actual position and for the craft to come into action.