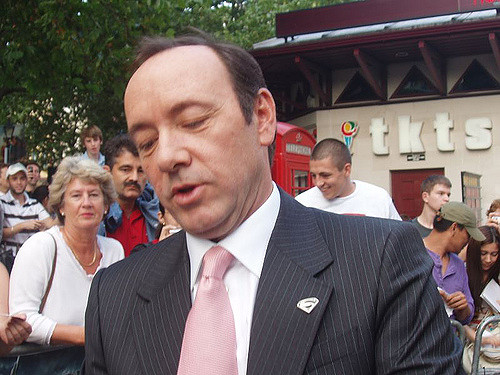 Kevin Spacey, who got involved in many cases of sexual misconduct and harassment, had to appear in a court for the first time in the case of groping an 18-year-old male bar worker. All these allegations against him impacted his career in an adverse manner, and so far he has already lost many important roles in his TV projects. Although he tried to avoid appearing in the court, his request was dismissed by the judge.

The actor is facing a trial against the sexual misconduct which he allegedly committed in 2016 with a male bar worker. It was said that Kevin Spacey used the phrase, “Let get drunk” while offering several rounds of drinks to an 18-year-old man in the restaurant in Nantucket where he works. According to the allegations registered by the victim, Spacey put his hands down that worker’s trousers. The actor refused to speak in the court but he had to face questions from various media persons. To all the media persons, he replied with just a smile on his face.

Though he requested to avoid visiting the court, the judge didn’t entertain his request. The actor said his presence would “amplify the negative publicity already generated by the case”. His lawyer, Alan Jackson, demanded the alleged victim’s phone records should be preserved so that they could benefit from Spacey’s case. He even raised questions on the victim for delaying filing the case against the alleged accused actor.

The court instructed the actor to maintain distance from the alleged victim’s family if he wants to become eligible for bail. The next appearance in the court would take place on 4 March 2018 and till then all the hearings would be executed over the phone. If the actor gets convicted in the case, then he would face imprisonment up to 5 years.

Alliance with Renault ‘Not in Danger’: Nissan CEO

Gotham Tv Series is Available for Free Download on 1movies